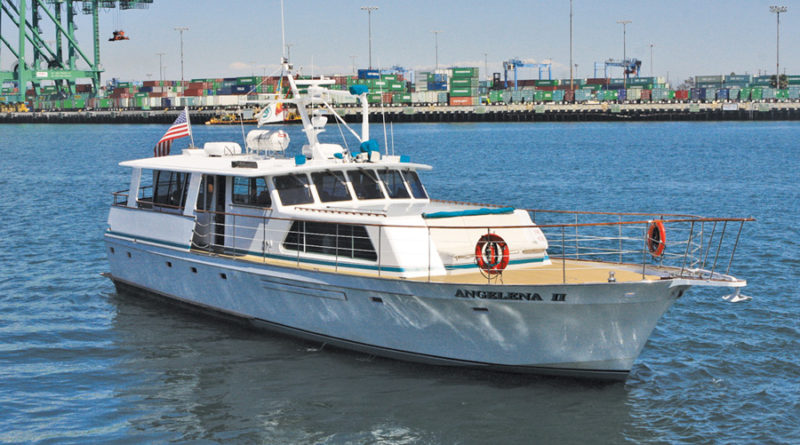 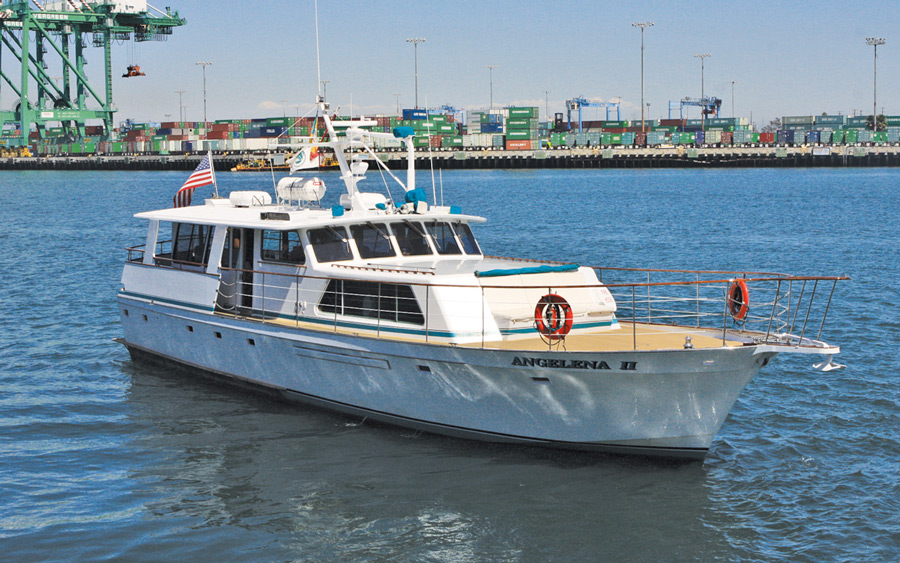 LOS ANGELES — The Port of Los Angeles Board of Commissioners officially closed the door on roughly a quarter century of harbor tours aboard Angelena II, as the agency voted Feb. 5 to deem the vessel no longer useful to the city’s Harbor Department and have her put up for sale.

Angelena II was a 73-foot yacht that provided educational tours of the Port of Los Angeles to foreign trade delegations, students at local schools and colleges, and political dignitaries. The city of Los Angeles purchased the yacht for more than $450,000 in September 1988.

Port of Los Angeles Executive Director Gene Seroka decided in October 2014 to end the yacht tour program after it was determined the project was costing millions of dollars of public money.

Specifically, Seroka determined Angelena II was no longer reliable after city and port officials spent about four years trying to upgrade the yacht’s engine to make her compliant with new environmental requirements. Port officials hoped converting her engine from diesel to a hybrid-electric propulsion system would extend the yacht’s usable life and demonstrate the port’s efforts in reducing emissions in one of the busiest commercial harbors in the world.

“Staff worked diligently for more than three years to make the new technology work but were unable to meet the United States Coast Guard requirements needed to … return the boat to regular service,” Tim Clark, acting director of port construction and maintenance, wrote in a report to port commissioners. “Problems included, but were not limited to, an automatic diesel-electric charging system and the direct thermal monitoring of battery cells.”

The port’s engineers and city staff worked on Angelena II between 2010 and 2014 and relied on a federal grant to help fund the conversion. However, port officials announced late last year the amount of money and time spent on converting and maintaining the yacht was not paying off.

Angelena II was stored in the port’s construction and maintenance division as city staff deliberated what to do with the yacht in light of Seroka’s decision.

The port’s Board of Commissioners unanimously voted to discontinue Angelena II’s association with the Los Angeles Harbor Department and determined a public sale of the yacht was in the best interest of the city.

According to port staff, Angelena II would be sold through the city’s salvage process. Clark said “salvage” means the sale of an asset through an auction.

Ken Porter Auctions will formally appraise Angelena II to determine her estimated market value. If Angelena II is sold for less than her value, the Harbor Department could settle for selling to the highest bidder or forgo a sale and pursue other options, Clark told commissioners. One alternative: Push the yacht’s individual parts onto the market.

If a sale is consummated, Ken Porter Auctions will retain 8 percent of the final sale price.

Port staff added more than $4 million was spent on converting the yacht’s original diesel engine to the hybrid-electric engine, including an estimated $3 million in labor expenses and $469,000 on materials and contractual obligations.

When port officials installed the hybrid engine in Angelena II in 2012, they said she would be the first harbor craft capable of reducing emissions and fuel usage by 95 percent.

Though Angelena II has been discontinued and approved for sale, the Port of Los Angeles still offers boat tours on other vessels.