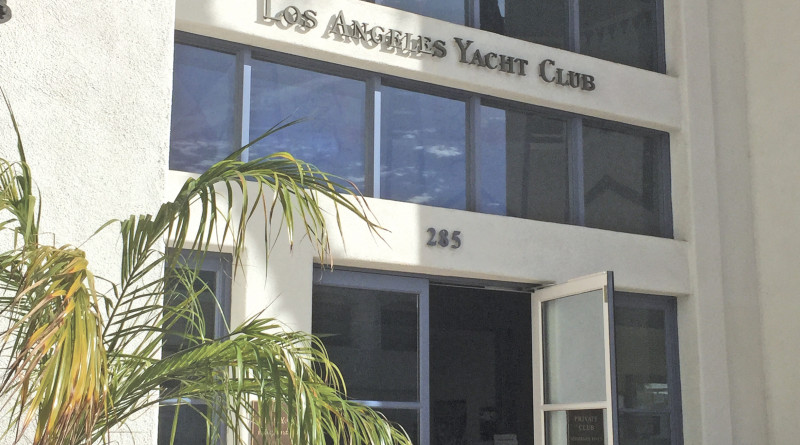 Proposed agreement could keep club in San Pedro through 2043.

SAN PEDRO — A planned discussion to keep Los Angeles’ oldest yacht club on the San Pedro waterfront through 2043 was delayed Dec. 15, 2016, as the Port of Los Angeles Board of Harbor Commissioners rescheduled consideration of a proposed lease extension.

The port’s staff drafted a proposal to extend Los Angeles Yacht Club’s lease, which is set to expire in 2023, an additional 20 years.

Port staff said the proposed 20-year extension was in the city’s best interest because it would allow Los Angeles Yacht Club, also known as LAYC, to “remain a vibrant, supporting element to the transformation of the San Pedro Waterfront.”

“The … amendment revises the premises, incorporates updated permit assignment language into the agreement and extend the term of the existing permit by an additional 20 years,” port staff stated in a report to commissioners.

The proposed lease agreement included a provision to allow the yacht club to use an additional 15,687 square feet of port land to construct, operate and maintain a new center with small vessel dry storage.

“An extension of the [lease] recognizes the investment already made by LAYC and helps ensure that this existing recreational operations remains a vibrant supporting element to the transformation of the San Pedro Waterfront into a visitor-serving waterfront destination,” port staff stated in its report to commissioners. “The … extension of term provides LAYC financial security as they plan for the future of the club.”

LAYC has been in the San Pedro/Wilmington/Terminal Island area since its establishment in 1901. The club originally opened its doors on Terminal Island but relocated to San Pedro in 1993.

Los Angeles Yacht Club and the Port of Los Angeles entered into its most recent lease agreement during the 1993 relocation. The 30-year lease could become a 50-year agreement if the port moves forward with the current proposal.

“Due to the location of the yacht club within a heavy industrial area on Terminal Island, and at the Harbor Department’s request, LAYC relocated to their premises in San Pedro in March 1993,” port staff stated. “The current premise lacks direct water access and boating slips, which significantly impacts LAYC’s ability to compete with local yacht clubs and creates an obstacle to continued growth of the club at the current location.”

The yacht club’s monthly lease, which is based upon CPI adjustments, is currently $2,890; the next CPI adjustment will be in 2018, according to port staff.

Port officials did not announce why the lease proposal item was pulled off the Harbor Commission’s final 2016 agenda. It is also unknown if or when the commission would deliberate the lease extension proposal or whether other changes are in store.

The proposed lease agreement appears to be part of the city of Los Angeles’ larger plans to revitalize the San Pedro area into a hub of visitor-serving activities similar to Third Street Promenade in Santa Monica and the Port of San Francisco in Northern California.

Officials with the port and city of Los Angeles hope the yacht club would bring members of Southern California’s boating community to the soon-to-be-updated L.A. Waterfront area. The club does sponsor races, regattas and other sailing activities.

“These events attract entrants from all over the Southern California area to the L.A. Waterfront,” port staff said.

Most recently the port announced plans to build a public marketplace where the former Ports O’ Call Marina stood; the marina itself was shut down in 2016.