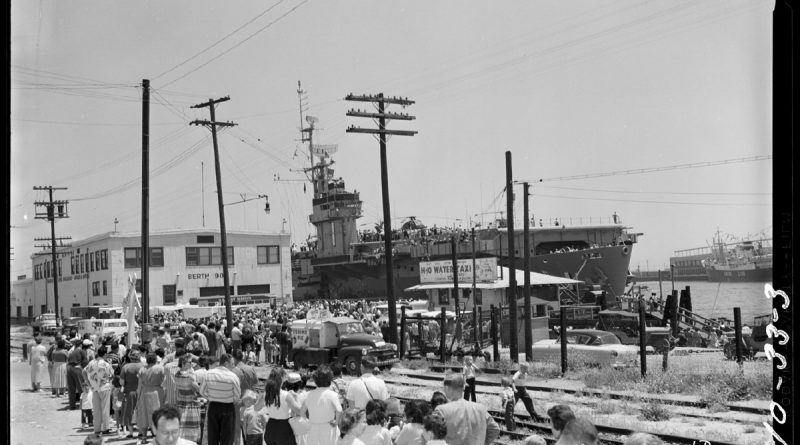 SAN PEDRO— This photo, courtesy of the Los Angeles Harbor Department Virtual Historical Archives, was taken on May 31, 1957 at the Harbor Day event at the Port of Los Angeles. Newspaper records show the Harbor Day event was held as far back as 1928. Articles from the San Pedro Daily News and San Pedro News Pilot reported the event was held during “Foreign Trade Week” and aimed to educate the general public on foreign commerce and give the public an inside look at the busy center of ocean commerce.

According to an April 19, 1937 San Pedro News Pilot article, the event featured open houses of the docks, ships and industrial plants of the harbor; yacht and speed boat racing; free sightseeing rides around San Pedro and Long Beach waters; and music, games and contests at Cabrillo Beach. The Port of Los Angeles still hosts free, educational boat tours in San Pedro and Wilmington to help educate the public about international trade during World Trade Week, which occurs during the third full week of May. This year’s events were virtual due to COVID-19 and can be accessed at portoflosangeles.org/community/events/world-trade-week-2021.