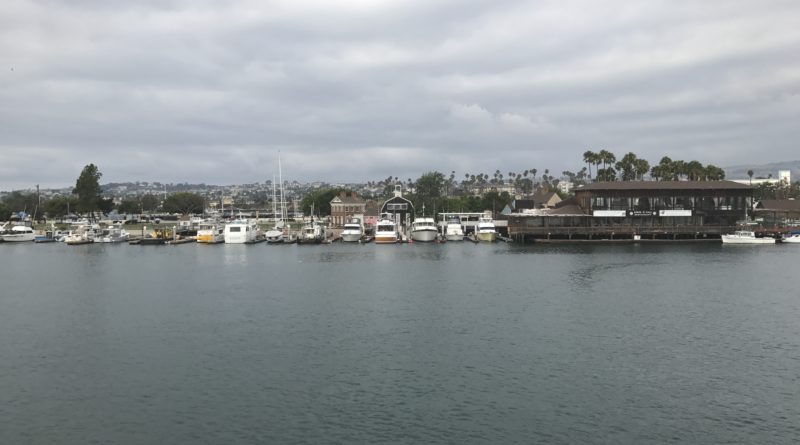 Presenters will offer information to the general public on San Pedro Public Market, Wilmington Waterfront and other projects.

LOS ANGELES — The Warner Grand Theatre in San Pedro will host a town hall meeting on March 20, featuring the latest updates on L.A. Waterfront projects and initiatives. Presentations will specifically be provided on the Wilmington Waterfront Promenade, AltaSea and the San Pedro Public Market.

Mike Galvin, the Port of L.A.’s Director of Waterfront and Commercial Real Estate, said local San Pedro businesses such as Cabrillo Museum, LA Maritime Museum, Crafted, Catalina Express and others will also be among the expected presenters.

In the past, some of these projects have been on the controversial side with locals, but there has also been excitement generated by developments. Let’s dip into a summarized history of where they currently stand and what to expect at the latest L.A. Waterfront Town Hall meeting.

The Log previously reported on a community workshop held last year at Banning’s Landing Community Center. Stakeholders were given updates on a plan to reconstruct a boater dock and a community park. Gina Ford, the principal and architect for Sasaki (the firm designing the waterfront park), said plans were being finalized and moving forward to the implementation phase.

However, though architectural plans were nearing completion, the Port of Los Angeles staff felt different at the time. Rachel Campbell, a spokesperson with the Port of L.A., concluded the engineering team was “still evaluating the final use of the public dock.”  Though the plans were on the table, and Wilmington area boater Donna Ethington reported being pleased with the general design, there was still a bit of work ahead in order for the city to feasibly move forward.

On the horizon: Attendees can expect a 10-15 minute presentation on where this project stands in terms of public infrastructure and planning. The ongoing struggle to obtain land is still occurring, stated Galvin, but the entities involved are working together to possibly swap land so this project can become a reality.

With the motto “Where ocean innovators work together,” AltaSea is a 35-acre campus built on a historic pier with a focus on ocean-related research and collaborative projects to pioneer and sustain marine business, education and more.

On the horizon: AltaSea will be presenting for 15-20 minutes, according to Galvin. During this presentation, expect to see the names and potential developers involved in their projects to come.

Krista Swingle, AltaSea’s operations director, told The Log: “We will present an overview of the project and status report on new developments, including our building permit for the core and shell of warehouses 58-60, plans for the infrastructure improvements for the business innovation spaces, and updates on leases and partnerships at the site.”

The San Pedro Public Market was granted a 50-year lease, according to a June 2016 report in The Log. City officials appear to be forging ahead with its $100-million project to construct a completely new waterfront marketplace styled after San Francisco’s Fisherman’s Wharf.

During a Harbor Commission meeting on Jan. 25, a presentation was given to clarify the timeline for the project. Several locals spoke at the Jan. 25 meeting, wondering why Ports O’ Call Restaurant was not going to be included in future plans. The public accused city staff and Harbor Commission of not being transparent. Current tenants were apparently offered to relocate their shops and businesses to other areas within San Pedro; however, none of the tenants jumped at the offer.

The entire Ports O’ Call waterfront is set to be demolished to make way for the San Pedro Market.

Tenants were told they vacate before April, as developers The Ratkovich Company and Jerico Development are set to begin work this spring.

The Log received mostly optimistic comments including that the old Ports O’ Call Village was an “eyesore,” but others who spoke at the Jan. 25 meeting, expressed disappointment over the prospect of losing their old stomping grounds.

On the horizon: Perhaps one of the most highly anticipated projects, Galvin stated a presentation around 30 minutes can be expected from the developers. During this presentation, those in attendance can expect to see all the in-depth details on the overarching vision for the project including an expansive look at what’s to come, architectural plans and more.  Rumors have been circulating online that Ports O’ Call Restaurant may be in negotiation with the developers – perhaps this rumor will be confirmed or put to rest during the presentation.

The Town Hall meeting will be held on March 20, from 6-7:30 p.m. The opportunity to attend this meeting will give locals the chance to see more in-depth plans for the redevelopments on tap and voice opinions. For those who have any major questions or concerns about the City of San Pedro’s plans for the future of waterfront-related activities, business agreements and more, this meeting is not one to miss.

For more information, visit the Port of Los Angeles website at portoflosangeles.org or L.A. Waterfront website at lawaterfront.org.