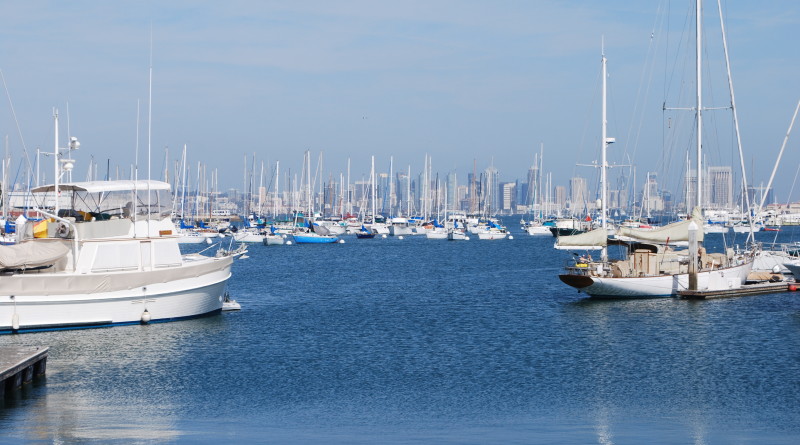 The adoption of a new budget will allow the port to provide a “welcoming” harbor, increased maritime security and cultural projects along the waterfront.Parimal M. Rohit photo

SAN DIEGO — The Port of San Diego’s Board of Port Commissioners approved a new budget on June 15 in hopes the increase in money in the new fiscal year would result in more opportunities to develop projects and attract more visitors to the city’s waterfront.

He added the port district would implement a Climate Action Plan “to reduce our agency’s environmental impact.”

The new fiscal year budget allocates more than $37 million to the San Diego Harbor Police, which is 10 percent more than the department had in 2015-16.

In addition to providing port law enforcement and maritime security the Harbor Police plans to use the district’s budget allocation for tidelands patrol, marine firefighting, dive team and water rescue, and cooperation efforts with other federal agencies, among other policing activities.

Another $8.3 million will be spent on environmental planning and the district’s Green Port vision.

“Planning and Green Port is a high performing department that creates and supports a well-planned and integrated waterfront through integrated planning, sustainable development for district operations, and protection and enhancement of natural resources that celebrate tidelands and waterfront life,” the port’s official budget documents stated about this department’s allocation.

The Planning and Green Port department’s mission is to “advance a holistically planned world-class waterfront that is welcoming, sustainable, prosperous, and improves the quality of life for present and future generations,” port staff stated.

Climate mitigation and adaptation planning, management of endangered species and natural resources management and administration of the Green Port Program are among the department’s goals.

About $1.2 million will be spent on the port’s arts and culture projects during the fiscal year.

The port district hopes to foster a world-class destination by providing visitors with “innovative artworks, cultural programming, and activation opportunities that enhances the visual excitement and cultural richness of district tidelands.”

Funding would be used to establish a creative economy “to attract businesses, skilled workers, tourists, and residents to the region.”

The Port of San Diego hopes to create as many artistic, cultural and recreational activities as possible on district tidelands, including pop-up art exhibitions and public programming.

In looking to the future the port is also spending $1.4 million this fiscal year on fostering aquaculture and blue technology opportunities.

The port district, according to staff, hopes to “develop best in class sustainable fisheries and blue technology businesses.”

“Aquaculture and blue technology is a growth opportunity for new district business driven by global demand for seafood that additionally offers multiple co-benefits including fisheries enhancement, ecosystem restoration, biofuels/medical purposes, bioremediation, and education and outreach,” port staff stated. “This team will work to meet this demand and support the other co-benefit opportunities through a high performing team that creates and supports a well planned, sustainable approach, which protects and enhances natural resources for aquaculture and blue technology businesses on tidelands.”

During the previous fiscal year the Port of San Diego closed escrow on a land deal to allow for residential development on the Chula Vista Bayfront, solicited project proposals for potential redevelopment of Harbor Island, and opened several restaurants and hotels, including Coasterra, Carnitas Snack Shack, and Marriott’s Bayfront SpringHill Suites and Residence Inn.

Intrepid Landing, a sportfishing business, completed the development of a new building between America’s Cup Harbor and Shelter Island.

The port district also moved forward with plans to build an InterContinental Hotel property at Lane Field South, signed an emergency preparedness agreement and implemented a Climate Action Plan during the previous fiscal year, according to DeAngelis.