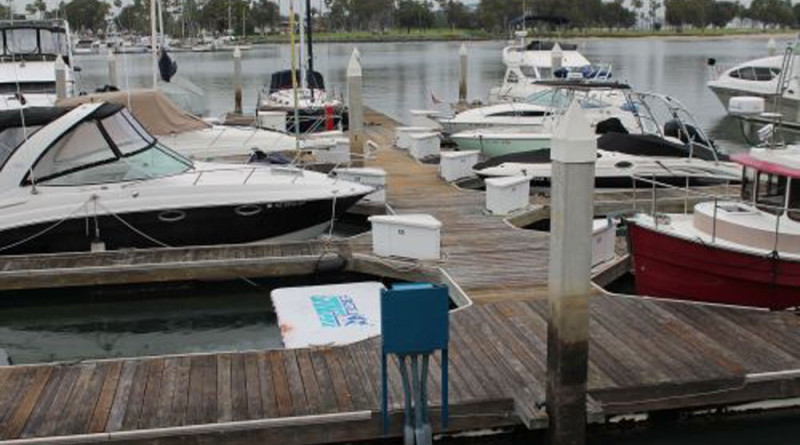 SAN DIEGO — A city’s request to delay implementation of a percentage-based rent system to repay waterside improvements for Glorietta Bay Marina was unanimously approved by the Port of San Diego’s Board of Port Commissioners on Nov. 17.

Coronado will continue paying the port district a fixed rent through June 30, 2017, allowing the city to maintain fiscal responsibility while finishing construction work at Glorietta Bay Marina’s Dock C. City and port officials originally agreed upon a percentage rent system where boat slip income would determine monthly payments from Coronado to the Port of San Diego.

A 2012 agreement between Coronado and the port called for the city to pay the district a fixed annual rent of $11,616 through June 30. Lease terms were scheduled to shift on July 1, when Coronado was to begin repaying the port based upon a percentage of boat slip income, with a minimum annual rent of $95,000.

However the city requested to continue on its fixed annual rent schedule through June 30, 2017 so it could finish construction of Dock C at Glorietta Bay Marina and not be financially strapped. City officials agreed to give the port district a higher percentage of boat slip income between 2017 and 2022 so Coronado could remain on a fixed rent schedule through June 2017.

“In exchange for continuation of the fixed annual rent, the city has agreed to an increase in the percentage rate for boat slip income from 11 percent to 16 percent for the period of July 1, 2017 through June 30, 2022,” port staff stated.

The port funded upgrades for Glorietta Bay Marina’s three docks. Coronado and the Port of San Diego entered into a 40-year lease agreement in 2012, where the district invested $3.6 million to make landside and waterside improvements at the marina. Two of the docks are complete. Potential litigation and an environmental reviewed delayed construction of the third dock.

“In 2007, the city invested $3.6 million in waterside improvements on the district’s parcel, which included the replacement of two of the three docks, known as Docks A and B,” port staff stated. “The third dock, known as Dock C, was not part of the initial redevelopment but the city plans to invest an additional $3 million to replace and reconfigure Dock C. Due to unexpected potential litigation and environmental review, the construction of Dock C has been delayed.”

The new lease terms fairly compensate for the losses the district would suffer now through June 2022, according to the port.

Glorietta Bay Marina underwent major improvements between 2007 and 2011, when docks A and B were overhauled, a seawall was installed and an eelgrass restoration area created. Improvements to Dock C, home to about 34 slips, are in the works.