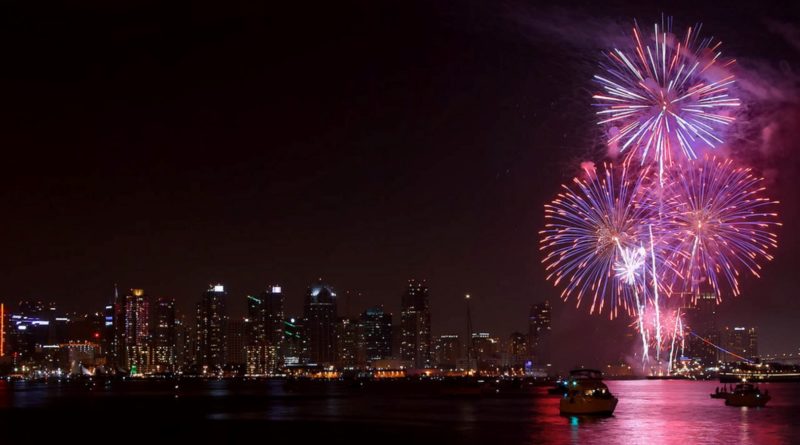 Both the port district and the show producer announced the cancelation on May 8, stating the Big Bay Boom show, as a public gathering for live fireworks, could not go forward this year because of California’s Stay-at-Home order. The order indefinitely prohibits large events and gatherings.

“Half a million people look forward to the Big Bay Boom each year, and it’s big business for our San Diego Bay waterfront tenants. Ultimately, public health is most important, and we must follow state public health directives which say large public events are not allowed and aren’t likely to be allowed for some time,” Port of San Diego CEO Randa Coniglio said in a released statement. “We look forward to the return of this celebratory and captivating event in 2021.”

Big Bay Boom, however, will take place on July 4 as a virtual event, according to port district staff.

“Like many events this year, the Big Bay Boom is going virtual. The public is invited to tune in to a live television special to air on Saturday, July 4, 2020 on FOX 5 (San Diego) and KTLA (Los Angeles). While details are still to come, the special will feature Big Bay Boom fireworks from past years, along with special interviews and content,” according to port district staff.

“This year, we’re focusing all our efforts on the TV special and plan to include even more content to celebrate our nation’s independence,” Sandy Purdon, Big Bay Boom’s executive producer, said in a released statement.

The cities of Coronado and Imperial Beach – two of the five municipalities on San Diego Bay – also canceled their Fourth of July celebrations for 2020.