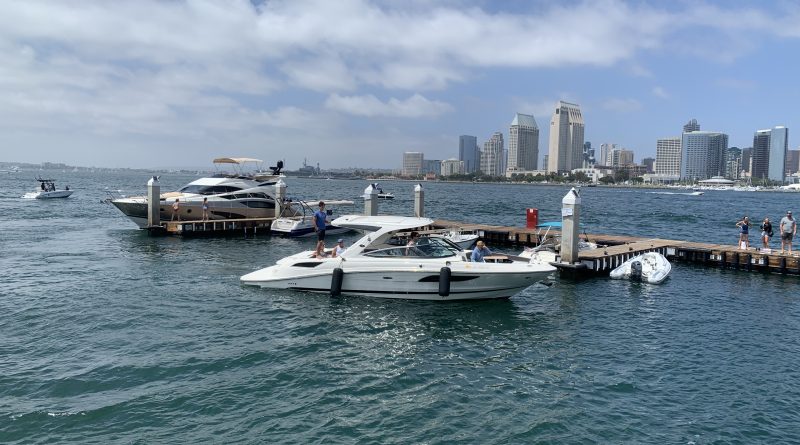 Gov. Gavin Newsom, however, reverses re-opening for 19 California counties (not including San Diego) one week after port district meeting.

Editor’s Note: Gov. Newsom, shortly after this story went to press, added San Diego County to his most recent order.

SAN DIEGO—The Port of San Diego – and the state of California, for that matter – appeared to be taking baby steps in re-opening and trying to establish some level of normalcy while the Covid-19 pandemic continues to persist.

Members of the port district’s Board of Port Commissioners met on June 23 and discussed the phased re-opening of San Diego Bay’s waterfront. The port district’s outlook appeared to be positive. The outlook, however, might have been tempered by Gov. Gavin Newsom’s July 1 order to roll back some of the state’s re-opening.

Port district staff said they were moving forward with re-opening plans despite not yet being out of the woods of the Covid-19 pandemic. Several sectors – restaurants, hotels, sportfishing operations and outdoor museums – were deemed eligible to move forward with re-opening, port district staff confirmed on June 23. These businesses, however, were required to implement strict guidelines, which limited business.

California, of course, appears to be treading backwards now, with Newsom’s July 1 order to close down indoor dining, casinos and state beach parking lots in 19 counties, including Los Angeles, Orange and Ventura. San Diego County, interestingly enough, was not on the governor’s July 1 list.

Whether the county and port district are eventually added to the governor’s order remains to be seen.

The state proposed a four-phase roadmap to re-open the state – assuming the Covid-19 pandemic was being managed enough to allow for a loosening of stay-at-home restrictions. Both the state and San Diego County, in late June, appeared to be transitioning into the third state of re-opening: allowing higher-risk workplaces and venues to be open to the public.

Indoor operations of restaurants, wineries, movie theaters, family entertainment centers, zoos, museums and cardrooms were specifically restricted by the governor on July 1. All bars must also close operations, according to Newsom’s order.

Newsom also required everyone in California to wear a mask whenever they are outdoors.

San Diego County, according to port district staff, established 13 “triggers” as part of its public health order. The 13 triggers are:

Twelve of the 13 goals were met, according to port district staff. The only trigger not met: Community outbreaks exceeded the county threshold.

The port district is also looking to boost recovery efforts with grant funding (if available and awarded) and potential federal stimulus money.

Port district staff began re-opening portions of the San Diego Bay waterfront since May. Boat launch and adjoining parking lots, for example, re-opened on May 8.

Piers re-opened on June 4; the port district’s parks were all re-opened as of June 15.