Rafael Castellanos will chair Board of Port Commissioners next year.

SAN DIEGO — Commissioner Rafael Castellanos was elected to chair the Port of San Diego Board of Port Commissioners for 2018. The quasi-judicial agency voted for its three officers Oct. 10, also electing Garry Bonnelli as vice-chair and Ann Moore as secretary. 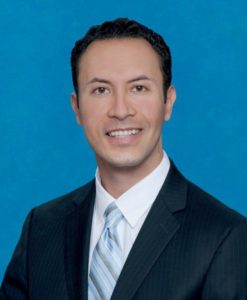 Castellanos will succeed Commissioner Robert “Dukie” Valderrama as chair during the next calendar year. Commissioners Moore, Dan Malcolm and Marshall Merrifield also served as the commission’s chair in recent years past.

Michael Zucchet, who was appointed to the commission earlier this year, is the only member of the board to not serve in a leadership position.

Castellanos, an attorney with Solomon Minton Cardinal Doyle and Smith, currently serves as the commission’s vice-chair. He joined the commission in 2013 and represents the city of San Diego.

Earlier this year Castellanos made waves when he formally opposed the selection of a vendor contract for the redevelopment of Shelter Island Boat Launch Ramp. The vice-chair was the sole vote against R.E. Staite Engineering’s selection to redevelop the launch ramp, due to its separate bid to build the U.S.-Mexico border wall promised by Pres. Donald J. Trump during his White House Bid.

Bonelli, a retired Navy SEAL and read admiral, was appointed to the board in 2014; Moore, an attorney, has been a commissioner since 2011.

The Board of Commissioners elects new leadership at around this same time every year.