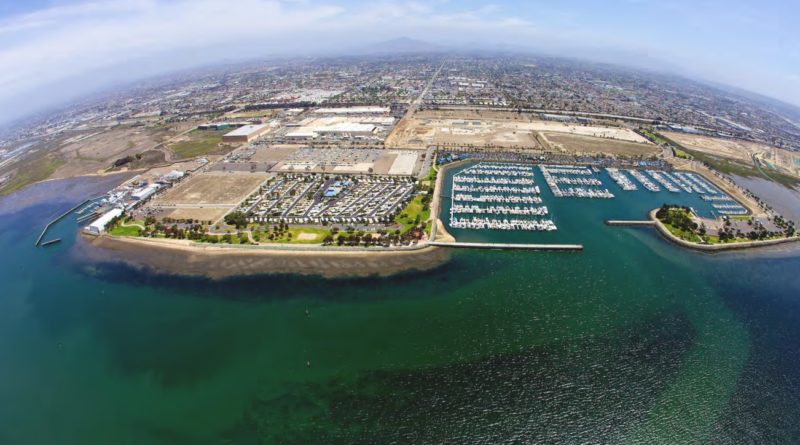 Non-binding document would give developer a framework for updating South Bay’s waterfront.

CHULA VISTA — Details of how the Chula Vista Harbor update will fully play out is still being fleshed out, but the Port of San Diego’s Board of Port Commissioners hopes to establish a design mandate for the redevelopment of the South Bay waterfront.

“The guidelines focus on overarching concepts and are intended to provide design flexibility [and] are intended to be referenced throughout the design process,” port district staff stated in a report to commissioners.

Port district staff stated the non-binding guidelines would help improve the aesthetics of Chula Vista Harbor once the Bayfront development is completed.

“The guidelines are intended to provide guidance that will further enhance the natural beauty and physical character of the [Chula Vista Bayfront] through their influence on both private development and public realm projects,” port district staff stated. “The guidelines will help further the vision of the [Chula Vista Bayfront Master Plan], resulting in the creation of a very special contiguous waterfront that extends the city of Chula Vista to the Bayfront.”

A portion of Chapter 1 is dedicated to Chula Vista Harbor and recreational boating interests.

“Proposed development in the Harbor District is the highest intensity in the [Chula Vista Bayfront] and encourages an active, vibrant mix of uses and public spaces,” the Chapter 1 section on recreational boating stated. “The waterfront in this district is the most publicly accessible and appropriately contains a variety of uses: including two marinas, large vessel berthing, boat launching ramps, fishing pier, emergency waterborne services, and beach. Building on these uses and adding support amenities to facilitate public use and enjoyment of the waterfront are what the proposed additions are striving toward.”

Chapter 2, meanwhile, partially explains how any redevelopment of Chula Vista’s waterfront should enhance the public experience – for both boaters and visitors.

“The intention is to make [Chula Vista Harbor] a special destination, which will accommodate a range of private boating activities and also to be a tourist attraction, which could potentially include ferry service and harbor cruises,” an entry in Chapter 2 stated.

Overall goals of private development on Chula Vista’s waterfront are the focus of Chapter 3. The planned hotel and convention center development would be included in Chapter 3’s guidelines.

“This chapter focuses on private development improvements. The guidelines in this chapter provide guidance and overall goals on the form of buildings, as well as their relationship to the public realm,” port district staff stated. “Specific guidelines are provided that address street-wall scale, architectural design and compatibility, landscaping, and overall building placement.

The guidelines were established through a combination of public hearings held in late 2017 and stakeholder outreach to the city of Chula Vista and developer RIDA, among others.