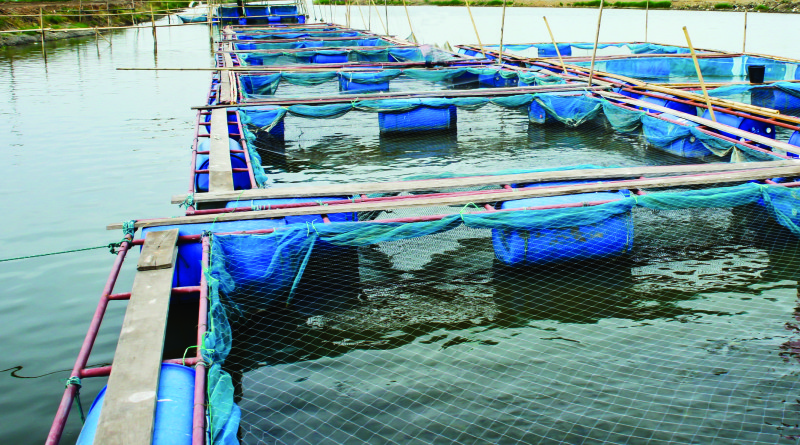 SAN DIEGO — A movement is developing locally and nationally to reduce our reliance of seafood imports. The Port of San Diego’s Board of Port Commissioners are among the agencies seeking to ramp up domestic production of seafood through development of aquaculture. Whether aquaculture firms dot the San Diego coastline or fill the city’s harbor depends on whether the Board of Port Commissioners develop a plan to increase domestic production of seafood within the next few years.

Additional research needs to be conducted of how pursuit of aquaculture production – and on what scale – would impact the waters of San Diego Bay. One such question not yet answered is how the installation of fish farms or pens in San Diego Bay would impact recreational boating and local navigational channels.

Still, port officials hope to capitalize on new opportunities in aquaculture in order to meet increasing demand for seafood while minimizing any reliance on fish imports.

“Traditional harvest fisheries are fully exploited and cannot meet this increasing demand. In the U.S., [more than] 91 percent of our seafood is imported and 50 percent of that is from aquaculture, contributing to a nearly $11 billion trade deficit,” port staff stated. “Demand will continue to increase with growing populations and an increased per capita consumption overall.

“While there is a clear food production component to this demand, aquaculture offers multiple co-benefits, such as fisheries enhancement, ecosystem restoration, mitigation banking, bio-fuel/medical purposes, bioremediation, and education and outreach,” port staff continued.

The National Oceanic and Atmospheric Administration (NOAA) defines aquaculture as “the breeding, rearing, and harvesting of plants and animals in all types of water environments including ponds, rivers, lakes, and the ocean.”

“NOAA further describes aquaculture producers as farming all types of freshwater and marine species of finfish and shellfish,” port staff added. “Aquaculture is a growing opportunity for new business development in Southern California. The opportunity for aquaculture is primarily being driven by the growing global demand for seafood and the lack of a domestic supply.”

Paula Sylvia, the port’s program manager for Environmental and Land Use Management, confirmed the U.S. imports about 91 percent of its seafood and carries a $16 billion market value. About half of our imported seafood is harvested in a fish farm; the other half is caught in the wild.

Sylvia added about 80 percent of aquaculture production comes from the Asian continent; the Asian aquaculture market is valued at about $120 billion.

The U.S. raises about 2.5 percent of fish consumed nationwide, but Sylvia told commissioners both San Diego and the country is in a unique position to become an international player in aquaculture. She also said the aquaculture industry does not pose a threat to the local sportfishing fleet.

“While the U.S. is clearly behind the curve in aquaculture production we have the most opportunity in terms of space to conduct aquaculture, especially in the ocean,” Sylvia said. “It is important to note that aquaculture presents a unique opportunity that is complementary to other businesses and is not in competition with recreational fisheries.”

Demand for seafood is expected to increase significantly in the next 15 years, Sylvia said, increasing the need for the U.S. to become an active player in the aquaculture industry.

“As global populations increase [beyond] 2015, an additional 50 million more metric tons, or 21 percent more aquatic food, will be required by 2030 to meet demand,” Sylvia told commissioners. “Aquaculture currently supplies [more than] 16 percent of animal protein consumed, an industry that continues to grow an average of 8 percent annually.”

Aquaculture firms could build production venues on land or in the ocean, Sylvia said.

Port officials will be looking at economic development park in Hawaii – the Hawaiian Ocean Science and Technology Park, or HOST Park – where green and sustainable economic parks are developed.

The port hopes to develop a strategic plan and initiate pilot projects in 2016. Project development and refinements are expected to continue through 2024.

“We are completely [and] vertically integrated to take advantage of this industry. We control the water, we control the land, the docks, [and] future areas for processing,” said Dan Malcolm, the Board of Port Commissioners’ chair.

“The district is uniquely poised to take advantage of these benefits, all of which have significant relevance to the district in its role of driving the regional economic engine and building resilient and environmentally sustainable coastal communities,” port staff stated. “Staff envisions the strategic business plan will build upon what has been learned so far and will be the basis for developing new business plans, establishing new partnerships, and creating a specific ‘go-to-market’ action plan.”