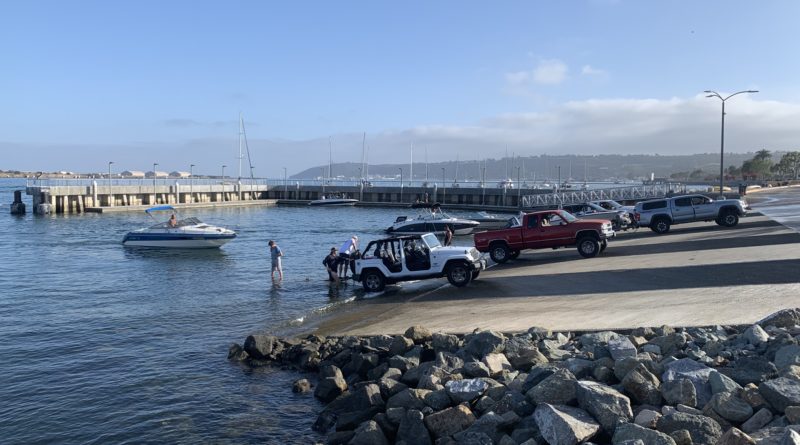 SAN DIEGO—The ongoing experiment that is forced isolation and quarantining in the name of Covid-19 continues to take a windy path toward a proverbial light at the end of the tunnel. The latest twist: the Port of San Diego had to figure out how best to manage jurisdictional management of its tidelands-area parks. Cities within the port district, such as Coronado, began opening its local parks and public areas – all while the Port of San Diego, itself, hadn’t fully opened some of its properties. Some of these public spaces were adjacent to each other and, therefore, confusing the public as to where they could or could not go.

There were situations, according to at least one member of the Port of San Diego’s Board of Port Commissioners, who said members of the public would visit public areas, unaware of multiple jurisdictions managing that space.

The port’s board, accordingly, voted on May 19 to make all of the port district’s tidelands parks available for traverse and general use. The port district will also make a better effort to work with the city of Coronado, on park usage, and open up as many parking spots as possible, per state and county guidelines.

“Generally speaking, I think longer closure is the right thing to do, but I am sensitive to these … adjacent parks that are different jurisdictions, that have different rules, I wonder if something could be done with that,” Vice-Chair Michael Zucchet said.

Port district CEO Randa Coniglio said her staff could improve sign usage to help clarify which parks are and are not open. Improving communication, alone, could help the port district save $200,000-some per month.

The port district closed its parks, boat launch ramps and other waterfront properties in April due to the Covid-19 pandemic. San Diego County, however, started to relax Coronavirus-themed restrictions on May 1, and portions of the port district slowly began to re-open. Cities such as Coronado and Imperial Beach, both of which are also members of the Unified Port District of San Diego, also began loosening their own pandemic restrictions, opening the door to inconsistent regulations.

Port district staff said keeping its waterfront and tidelands locations closed would keep operational costs low. Opening those areas right now, according to port district staff, would increase monthly costs to $289,000 – an increase of $153,000 each month.

“Social distancing monitoring and additional comfort station cleaning requirements, if fully or partially implemented, account for most of the park and beach opening cost,” port district staff said in a report to commissioners.

Protocols to open public spaces include social distancing signage, measures to prevent gatherings of large crowds and requiring all visitors to keep at least six feet physical distance from others.

Zucchet ran the May 19 meeting, which lasted a little more than 8 hours, in the absence of Chair Ann Moore.