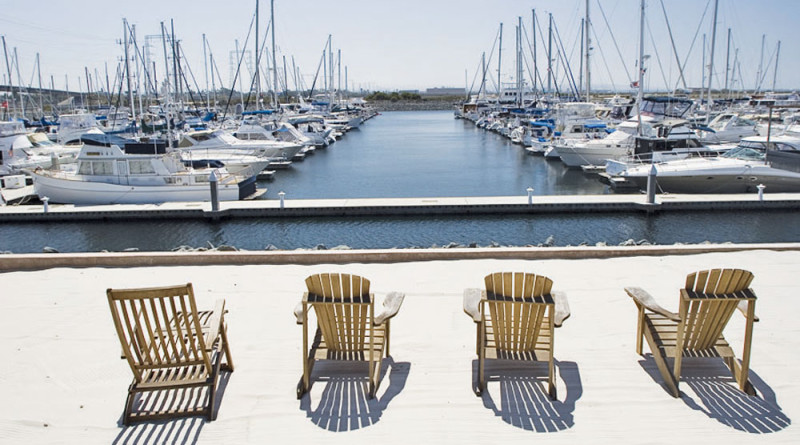 NATIONAL CITY — A joint land use plan proposing to surround Pier 32 Marina with more commercial and recreational projects, among other plans, was revealed during a presentation by National City staff at a San Diego Unified Port District meeting on Sept. 23.

The Port of San Diego and National City are partnering to “optimize maritime operations” at the waterfront municipality. Plans primarily focus on upgrading the National City Marine Terminal, but the Board of Port Commissioners also wants to enhance public access to San Diego Bay and ramp up opportunities for commercial development.

Port and city officials refer to the collaborative marina development effort as the “Balanced Land Use Plan for National City Marina District.”

Two of the plan’s goals would increase the size of Pepper Park and add new commercial development adjacent to Pier 32 Marina. Pepper Park borders the marina and features a boat launch ramp and fishing pier.

“Public access to San Diego Bay would be improved through an additional 1 acre of park immediately west of Pepper Park,” port staff stated in a report to commissioners. “Other future public access enhancements could also include the reconfiguration of Pepper Park to maximize park land and improve connectivity to the National City Adventure Center.”

The National City Adventure Center is currently under development and, once completed, would include boat storage, kayaking opportunities, locker rooms, restrooms and showers.

Also enhancing the Pier 32 Marina area would be new commercial opportunities, according to port staff.

Port officials added they are analyzing how future commercial development near Pier 32 Marina could generate additional vehicular or pedestrian traffic in the area.

A portion of Tidelands Avenue, which is used to access Pier 32 Marina and the boat launch ramp at Pepper Park, could be shut down as part of the plan.

The Pasha Group, which processes imported vehicles through its National City terminal near Tidelands Avenue, is an instrumental piece of the Balanced Land Use Plan. Port staff cited a report stating the reconfiguring of certain land uses along National City’s waterfront “would allow Pasha to expand its business at the terminal.”

No projects are currently proposed, it was announced when National City’s City Council met Sept. 15 to discuss the Balanced Land Use Plan. The port and National City are currently discussing conceptual plans. Refined plans and project proposals will be announced later.

Port staff announced it will reach out to National City stakeholders to inform them of developing plans and next steps.