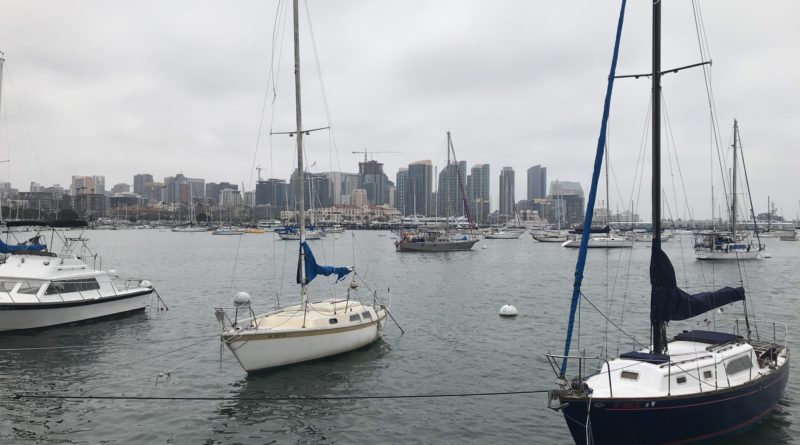 SAN DIEGO—San Diego Bay officially re-opened for recreational boating on May 1, the Port of San Diego announced. San Diego County had shut down all recreational activities on waterways, including boating, fishing, paddleboarding and swimming, in mid-April.

Each vessel on the water will only be allowed to have members of the same household aboard, according to the port district’s directive. Port district staff said this directive is compliant with San Diego County’s latest amended public health order.

“The port is gradually re-opening public spaces in compliance with county health guidance and in coordination with other coastal jurisdictions,” port district staff said in a released public statement.

The following were allowed on San Diego Bay as of May 1, according to port district staff:

These spaces will be open to the public, with social distancing and other COVID-19 prevention protocols expected to be observed:

The following activities are not allowed, under the county public health order and port district directive:

The following locations are still closed, as part of an attempt to limit the spread of COVID-19:

The boat launch ramps at National City and Shelter Island also opened on May 1.

An official tweet on San Diego County’s Twitter page stated people must wear facemasks whenever they are in the public space and engaging with anyone other than members of their own household.

“Face coverings are required anytime you leave your home and come within 6 feet of a person who is not a household contact,” the tweet, posted on May 1, stated.

Mark Stainbrook, the chief of Port of San Diego’s Harbor Police Department, issued a statement assuring public safety as the port district slowly begins to resume activities and operations during the Covid-19 pandemic.

“We can assure that our public safety services will continue 24 hours a day and seven days a week. Whatever the situation, Harbor Police officers are ready to respond,” Stainbrook said in his public statement, issued via Twitter on April 30.

“Our marine terminals are operating, we’re holding meetings virtually – including regularly scheduled and special board meetings – and our executive leadership team is meeting every day,” Coniglio said.

The state of California, meanwhile, is beginning a phased reopening of businesses and public spaces.

Some logistics, manufacturing and retail businesses were permitted to open on May 8. Those businesses included bookstores, clothing stores, florists, golf courses and sporting goods stores. Certain state-mandated protocols, however, had to be followed.

The state might have allowed a soft re-opening on May 8, but Gov. Gavin Newsom’s office stated some counties could maintain stricter stay at home orders. Those orders would be allowed to remain in place beyond May 8, if a specific county determined a stricter policy was necessary.