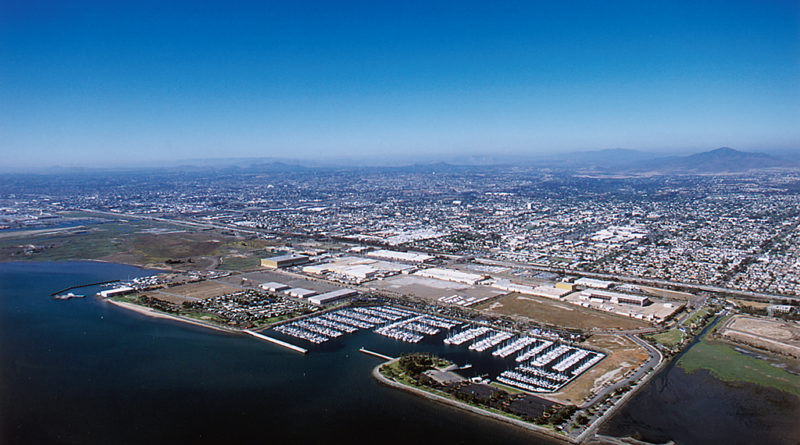 A stalemate between the Port of San Diego and the San Diego County Regional Airport Authority has been resolved, allowing the planned Chula Vista Bayfront renovation to move forward. (File photo)

SAN DIEGO — A legal stalemate between the Port of San Diego and San Diego County Regional Airport Authority has been resolved, as the two public agencies reached a settlement agreement on a previously contentious discussion about collected rental car fees. Impending work on the new Chula Vista Bayfront project was jeopardized by the stalemate; the settlement, however, means work on the Chula Vista Bayfront project will move forward as scheduled.

The airport authority joined a lawsuit filed by two rental car companies; the two companies are challenging the legality of a rental car fee.

Port district staff announced on Aug. 28 the airport authority will withdraw from the rental car company lawsuit in exchange for certain protections.

“The airport authority agreed to withdraw from a lawsuit that was filed by two rental car companies challenging the fee, and the port agreed to several significant provisions that protect a number of airport authority interests,” an official port district statement read.

Hertz Corporation joined Enterprise Rent-A-Car filing a lawsuit about two months ago, with both companies challenging the port district’s collection of a $3.50-per-transaction fee from customers arriving at San Diego International Airport. The money was allocated to cover the cost of a parking garage at the planned Chula Vista Bayfront renovation.

Both plaintiffs alleged the fee, collection of which has already begun, was illegal.

The airport authority joined in on the lawsuit a few weeks ago, defending the decision as a protection of its interests. Port district leaders, falling short of expressing their vitriol, stated their displeasure of the decision. Rafael Castellanos, chair of the port district’s board, reportedly called the airport authority’s joining of the lawsuit as “short-sighted and hostile.”

Exact details of the settlement were not immediately available but the port district seemed happy it would be able to move forward with the Chula Vista Bayfront redevelopment, which is expected to cost $1 billion to complete.

Commissioner Ann Moore called the waterfront redevelopment at Chula Vista Harbor as “a game-changer for economic development in South Bay.”

“We have reached a resolution that addresses the funding mechanism for a parking facility that will serve the public for many years to come. I’m pleased that all parties recognize the importance of this project, and now we can move forward without further delay,” Moore said in a released statement.

The Port of San Diego and city of Chula Vista have been working on a redevelopment of 535 acres near the harbor area for at least two decades. Port district staff and leadership have long claimed the Chula Vista waterfront was an underutilized industrial area and ripe for change.

An updated Chula Vista waterfront will include a large-scale resort, parks, open space, walking trails, shops and restaurants, among other uses. Port district staff claim the Chula Vista Bayfront project would bring 20,000 new permanent jobs to the South Bay area and infuse more than $2 billion, annually, into the local economy.

The project finally gained full approval by the port district and Chula Vista City Council in May, with initial site work slated to begin as early as this summer. The site work, however, was threatened – albeit temporarily – when the airport authority joined the Hertz/Enterprise lawsuit.