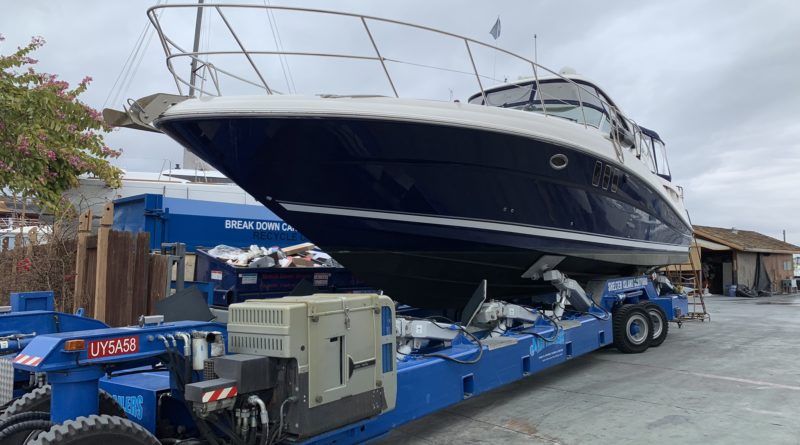 SAN DIEGO—An ambitious plan to drastically reduce the amount of copper in the waters of Shelter Island Yacht Basin is going well, according to the Port of San Diego. Port district staff gave a presentation on copper loads and Total Maximum Daily Load (TMDL) at the Board of Port Commissioners’ June 18 meeting, stating interim targets have been met and progress is being made to reach the final mandated goal of a 76 percent load reduction.

The most recent tracking information indicates the Shelter Island Yacht Basin area has experienced a 45.2 percent copper loading reduction for 2018, which is roughly equal to the progress port district reported for 2017.

Port district staff stated it must meet the 76 percent copper load reduction by the end of 2022.

“The 2018 load reduction results continued to meet the interim load reduction requirement. The vessel tracking data indicate an increase in the number of vessels with low-leach copper paints; however, a decrease in the total number of vessels coated with non-copper paints (or other non-copper alternatives) was also observed,” port district staff said in a report to commissioners. “To date, vessel tracking and [best management practices] efforts by the [port] district, marinas and yacht clubs have been successful in achieving interim compliance requirements, and additional load reductions are expected.

Plenty of work must still be done, despite positive signs of progress, for the port district to reach its 2022 goal of 76 percent copper load reduction.

One tool the port district hopes will be of benefit: the Department of Pesticide Regulation Rule (DPR Rule), which mandates all recreational boats within the state of California to use low-leach copper hull paints.

“Looking ahead, it is likely that additional load reductions will be needed to achieve the final TMDL compliance requirement,” port district staff stated. “Non-copper transitions, implementation of additional [best management practices] at [Shelter Island Yacht Basin] facilities, and other alternative mechanisms that result in the direct reduction of copper loading will be necessary.

High-copper paints will no longer be on the market as of June 30, 2020, port district staff added.

The Regional Water Board found high levels of copper in the waters of Shelter Island Yacht Basin in 1996 and established a TMDL mandate in 2005. The mandate required the port district to reduce copper levels by 76 percent by 2022, with phased reductions of 10 percent and 40 percent by 2012 and 2017, respectively. The port district reportedly met both of those targets.

“Several activities were implemented during 2018, including education and outreach, coordination with state agencies, and continued efforts with permitting and inspecting in-water hull cleaning activities,” port district staff stated. “The district also continued to attempt to work collaboratively with the marinas and yacht clubs to track vessels and report on hull paint use within the basin.”