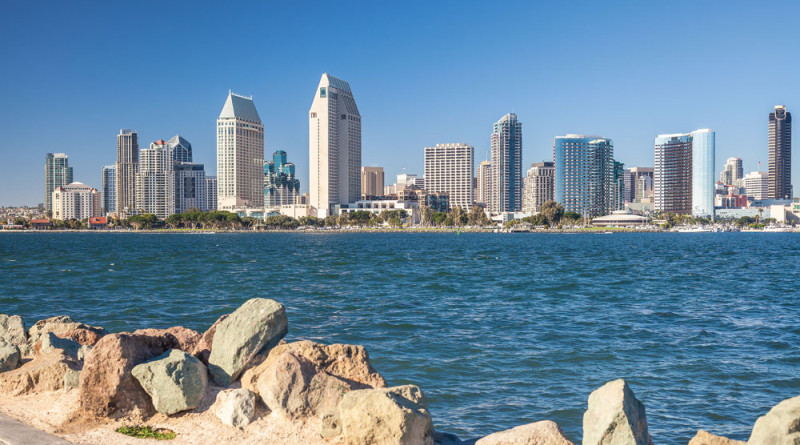 SAN DIEGO — The Scripps Institution of Oceanography in San Diego launched the Center for Climate Change Impacts and Adaptation to study predicted sea level rise, among other issues, and develop strategies of how California’s coastal communities could best adapt to potential changes to local coastlines.

The port has partnered with Scripps Institution to study, through the newly created center, how San Diego can best prepare for rising sea levels. Port officials must submit to the State Lands Commission an assessment addressing sea level rise by July 1, 2019.

Dan Cayan, a lead climate scientist at Scripps Institution, presented a discussion on climate change and sea level rise at the Port of San Diego’s Oct. 6 board meeting, where he  told commissioners it is difficult to predict sea level rise but small changes in temperature and sea levels would have significant impacts to coastal communities in coming decades.

“The really large uncertainty that we have in looking forward is as the planet warms how quickly, and how much, would that ice [in Antarctica and Greenland] be melted and add to the volume that’s in the ocean,” Cayan said. “These little increments of change … have an enormous impact on coastal settings.”

About 96.5 percent of the Earth’s water resides in oceans, according to Cayan. He added sea levels have risen about 6 inches between San Diego and San Francisco in  recent years.

The Board of Port Commissioners agreed sea level rise is an issue to take seriously and requires proper planning.

“Sea-level rise is expected to cause many facilities … [such as] ports, harbors, jetties and breakwaters, marinas, and a panoply of service facilities from fish processing plants, to boatyards, to ice and fuel docks … to be more vulnerable to wave and surge conditions, if not completely inundated,” the legislative report stated.

“Recreation, including beach-going, fishing, boating, surfing, and whale watching are predicted to be affected by sea level rise,” researchers said.

A recent report by Heal the Bay noted climate change is not the cause of current El Niño conditions and predictions. Predicted El Niño storms, however, could contribute to sea level rise, according to Heal the Bay.

“El Niño-caused sea level rise, coupled with sea levels rising from ice sheet melt associated with climate change, is projected to lead to more coastal flooding, shrinking beaches, and shoreline erosion,” a blog post on Heal the Bay’s website stated. “It’s important to note that El Niño is not climate change. It’s a natural cycle on Earth that occurs every 7-10 years. What remains to be seen is if our coastal ecosystems can recover and survive climate change-intensified El Niño events.”

Warmer ocean temperatures also resulted in a Yellow-bellied Sea Snake, the only sea snake to venture out of the water, reportedly being spotted as far north as Oxnard.

Making an accurate prediction of specific impacts, however, is still a work on progress, Cayan said. The climate change specialist said scientists and policy makers need to continue planning for sea level rise.

“The problem that’s confronting us is the fact that the atmosphere is changing. We’re changing it. We’re adding to the greenhouse effect,” Cayan said. “Our immediate problems will be big storms [and] high tide. Sea level rise will be incremental in our lifetimes. The problem is this is going in one direction. We do have to keep one eye on the horizon.”