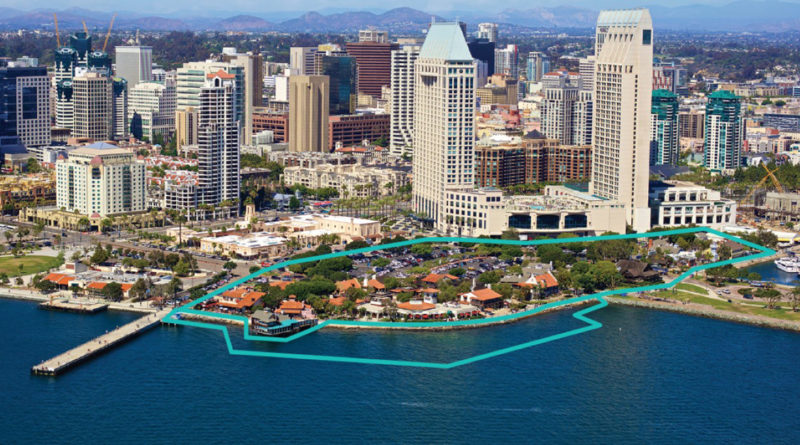 San Diego’s Seaport Village will have an interim manager and operator while redevelopment plans for the Central Embarcadero continue to be vetted out, the Port of San Diego announced.

Port district staff announced the competitive bidding process to coincide with the upcoming expiration of Seaport Village’s lease; the current lease is set to expire Sept. 30, 2018.

The Request for Proposals process begins with an information exchange meeting on Sept. 11.

Seaport Village and the Central Embarcadero will be completely renovated by 1HWY1; port district officials have positioned the waterfront redevelopment as a destination for boaters, residents and tourists.

About 70 acres of land and water just east of Harbor Island would be redeveloped as part of 1HWY1’s $1.2 billion project.

Firms will be able to bid on the management contract through Oct. 12. The district’s Board of Port Commissioners will review the finalists at its Dec. 5 meeting.

The selected firm would begin its term as interim manager/operator in October 2018 and continue overseeing Seaport Village’s operations until 1HWY1 begins work on its redevelopment project.