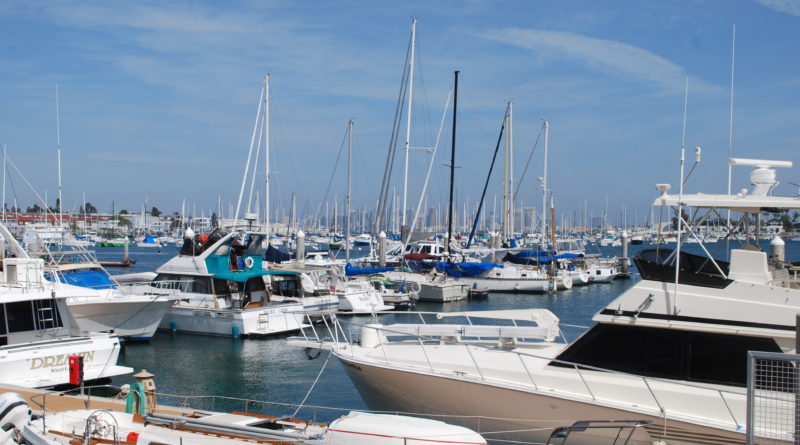 SAN DIEGO—The 40 marinas and six yacht clubs within the Port of San Diego’s jurisdiction will be offered an incentive to install sub-metered slips, thanks to an ordinance approved by the district’s Board of Port Commissioners, Oct. 8.

“There is evidence, supported by State-sponsored studies, suggesting that sub-metered marinas use significantly less energy than marinas without sub-metered slips,” port district staff stated. “Sub-metering slips allows a marina to pass on the full charge for each individual boater’s energy use, as opposed to one charge for the entire marina, eventually being divided among the slips. By incentivizing marinas and yacht clubs to become fully sub-metered, the district will potentially reduce the overall amount of energy consumed by marinas and yacht clubs.”

“The temporary waiver will result in a reduction in revenue to the district, which is estimated to be between $155,000 and $220,000 annually. However, staff believes the benefits gained from the waiver mitigate the estimated reduction in revenue,” port district staff stated in a report to commissioners.

Most marinas within the Port of San Diego’s jurisdiction, according to port district staff, pay 10 percent of their gross revenues “generated from the resale of electricity to the slip renters.”

“As presented in the [Division of Boating and Waterways] studies, staff believes that incentivizing marinas to sub-meter their slips would lead to a reduction of electricity usage if boaters become directly accountable for their electricity consumption,” port district staff said in a report to commissioners.

One of those referenced DBW studies was conducted in May 1995 and, according to port district staff, “tracked the electrical power consumption of both sub-metered and non-sub-metered marina facilities.” There was a second DBW study on the issue in 2005.

“The study determined that a sub-metered marina owner can expect to see an immediate reduction of 30-50 percent in the marina’s total electricity bill. Additionally, a second study conducted by the DBW, dated 2005, found it is typical for a non-sub-metered marina to realize a 60-70 percent reduction in annual electricity usage after sub-meters were installed,” port district staff stated. “It is assumed that individual slip renters become more conscious of their electricity usage when they are personally responsible for their electricity consumption and associated charges.

“Common practice for non-sub-metered marinas is to divide the total utility bill by the number of slips in the marina, with some concessions being made for smaller boat sizes that use less electricity,” port district staff continued in its report to commissioners.

Marinas and yacht clubs already sub-metered will not earn any benefits or refunds from this policy.