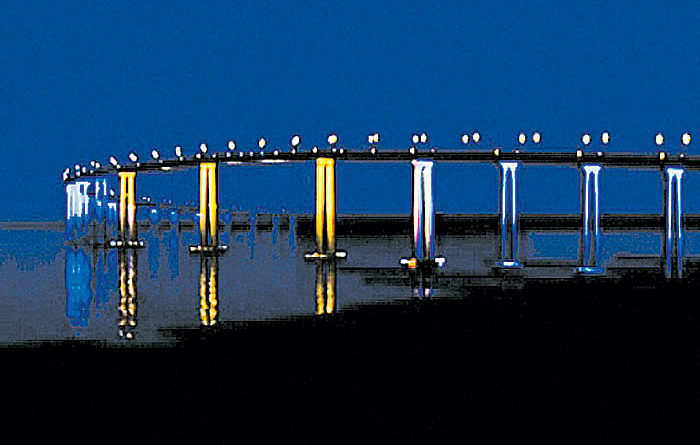 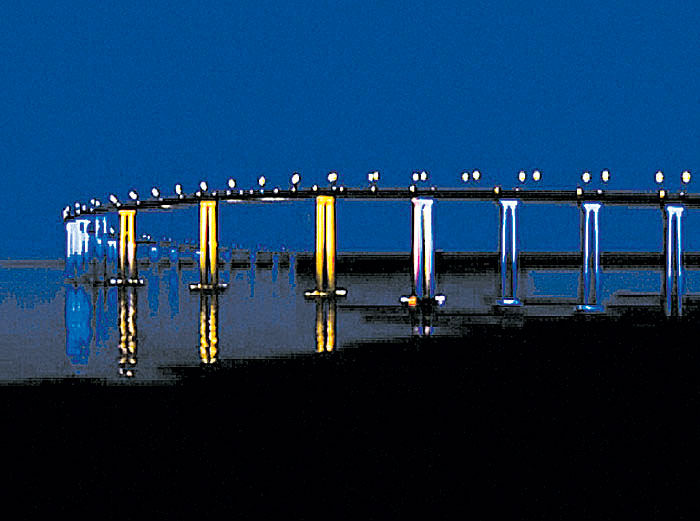 SAN DIEGO — The Port of San Diego will collaborate with the San Diego Foundation on a funding strategy to pay for artist-designed lighting for the iconic San Diego-Coronado Bay Bridge.

The Board of Port Commissioners voted at their Nov. 13, 2012 meeting to provide $75,000 in seed funding to begin an outreach effort, with the goal of raising between $6 million and $8 million — the estimated amount that would be needed to design and construct programmable LED lighting for the bridge. A feasibility study will be conducted, once adequate funding is available.

“I look forward to working with the San Diego Foundation on outreach efforts regarding this bold initiative to create a signature public artwork for San Diego Bay,” said Lou Smith, chairman of the Board of Port Commissioners.

The public art project is a joint effort by the port and the California Department of Transportation (Caltrans). Caltrans has jurisdiction over the 2.12-mile bridge, while the port is acting as the sponsor and lead agency for this project.

The seed funding includes hiring a professional funding consultant to assist staff and a strategic volunteer force, and opening an account with the San Diego Foundation.

The design was selected from more than 75 proposals in 2010, chosen on the basis that it would be capable of being viewed from all five of the port’s cities. The highly sophisticated lighting would operate in conjunction with traffic density, intensifying and lessening its brightness based on the amount of traffic crossing the bridge at any given time.

Key goals for the project include creating a “sense of place,” drawing people to the region and withstanding the test of time. The proposed artistic lighting concept envisions the bridge as a nautical gateway that celebrates the region.

The bridge structure, including its twin-column concrete piers, would be illuminated with programmable colored LED lighting, allowing an infinite number of lighting scenarios.