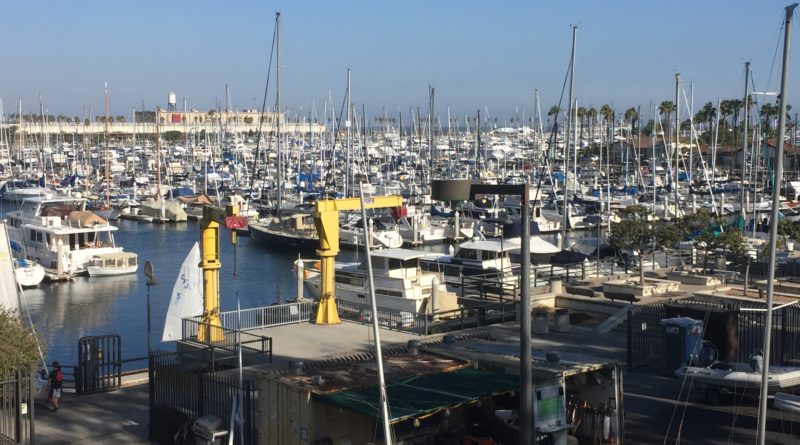 Second advisory meeting of 2019 will provide public with updates on plan to reach zero emissions at one of the world’s busiest maritime hubs.

SAN PEDRO—The boating public of Los Angeles Harbor will receive updates of San Pedro Bay Ports’ Clean Air Action Plan, or CAAP, at an advisory meeting in Wilmington on June 25, staff with the Port of Los Angeles announced. It is the second such meeting of the year.

The advisory meeting, which is open to the public, will be held at Banning’s Landing Community Center in Wilmington on June 25, from 10 a.m. to noon.

The most recent CAAP update was released in 2017. Stakeholders and other interested parties reviewed portions of the plan update on March 13. Records of the meeting, which was the first of 2019, are available on the Port of Los Angeles website.

As many as four update meetings can be held each year as the port districts of Long Beach and Los Angeles deliberate the most recent CAAP proposal.

Public comment and input, according to Port of Los Angeles staff, will be taken at the meeting and, potentially, factored into the implementation of the CAAP.

“The CAAP 2017 Update is a comprehensive strategy for accelerating progress toward a zero-emission future while protecting and strengthening the ports’ competitive position in the global economy,” Port of Los Angeles staff said in a released statement.

“Since 2005, port-related air pollution emissions in San Pedro Bay have dropped 87 percent for diesel particulate matter, 58 percent for nitrogen oxides, and 97 percent for sulfur oxides. Targets for reducing greenhouse gases … from port-related sources were introduced as part of the 2017 CAAP,” the Port of Los Angeles staff statement continued.

Two of the proposed elements within CAAP are the “Vessel Speed Reduction Enhancement” and “Ship Incentives Program.” The former address vessel speed reduction at the 40-nautical-mile marker, while the latter, according the most recent plan update, aims to “collaborate with other West Coast ports on ways to enhance participation in our clean ship incentive programs.”

Another element of the proposed CAAP update is the “Clean Harbor Craft Program,” which evaluates opportunities “to reduce harbor-craft-related emissions at the ports.”

“The CAAP provides the overall strategy for dramatically reducing air pollution emissions from cargo movement in and around the ports,” a fact sheet about the 2017 CAAP draft stated. “Despite this significant progress, the ports recognize that more needs to be done.     “The CAAP 2017 Update provides new strategies and emission reduction targets to cut emissions from sources operating in and around the ports, setting the ports firmly on the path toward zero-emissions goods movement,” the fact sheet statement continued.

Banning’s Landing Community Center is located at 100 E. Water Street in Wilmington. Visit cleanairactionplan.org for more information and continued updates about the plan. CAAP was first approved in 2006 and revisited again in 2017.

The ports of Long Beach and Los Angeles are the top two shipping ports in the country and, combined, the ninth largest in the world. As much as 40 percent of the country’s containerized import traffic and 25 percent of total exports go through the two ports.

There is also a sizable recreational boating community in San Pedro and Wilmington, creating a unique co-existence of boaters and shipping interests.