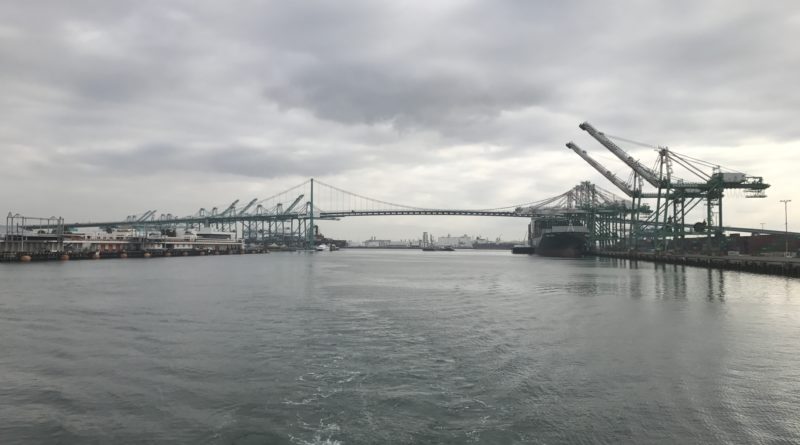 LOS ANGELES — A second advisory meeting of the 2017 Clean Air Action Plan for the ports of Los Angeles and Long Beach was held among harbor officials and local stakeholders, June 26.

Port district officials and staff have already touted a successful execution of the Clean Air Action Plan for the first quarter of 2018.

New registration requirements for trucks, for example, would establish compliance with certain emissions standards by Oct. 1. Development of a zero-emission pilot truck demonstration is already underway. Also in the works is a study to determine what rates should be assessed on non-compliant trucks (as of 2020).

Proposals are being sought for an at-berth emission control system for commercial ships. A vessel speed reduction marker could also be implemented. Both ports, meanwhile, are working to develop an incentive program for ships to become greener.

A new emission-controller device could soon be installed and tested on a tugboat; the contract for the new device should be in front of each Board of Harbor Commission within the next few weeks.

Staffs at both port districts plan to develop a baseline for greenhouse gas emissions inventory and data gathering for truck and terminal equipment feasibility during the next three months. A call for projects for innovative emission-reduction technologies is also on tap. The two port districts are also working on applying for grant opportunities, among other action items.

Several recreational boating marinas call the Port of Los Angeles home. Boaters co-exist side-by-side with large tankers and negotiate local roads with several trucks leaving the harbor area. The Clean Air Action Plan might focus on the commercial aspect of the Los Angeles-Long Beach Harbor, but recreational boaters are certainly affected by the daily happenings at the port district.

The ports of Los Angeles and Long Beach planned to hold up to four advisory board meeting per year to discuss the Clean Air Action Plan update, which was approved by the harbor departments of both port districts on Nov. 2, 2017. The first advisory meeting was held March 29 in Long Beach; the June 26 meeting was held at the Crowne Plaza Los Angeles Harbor Hotel in San Pedro.

Both port districts updated the Clean Air Action Plan, which was originally approved in 2006, as part of a collective strategy to achieve a zero-emission future at the ports of Los Angeles and Long Beach.