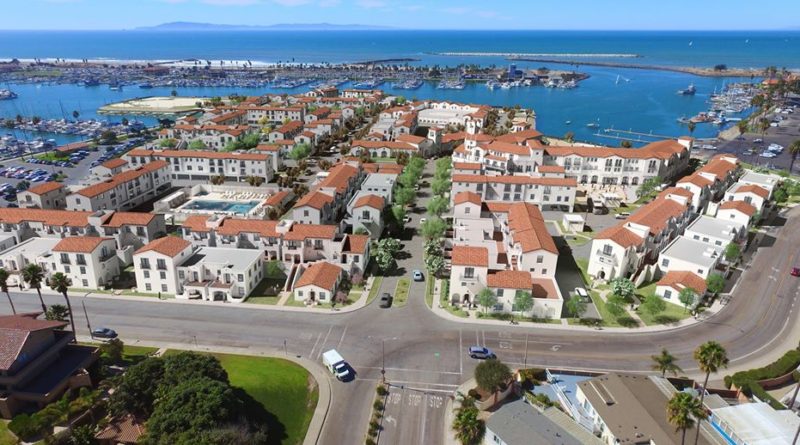 VENTURA—Construction on the first phase of a large-scale development on the Ventura Harbor waterfront has been completed, according to a statement released by the developers. Portside Ventura Harbor, as the project is known, is expected to be fully online by April and bring 270 apartments, 30 live/work units and 22,000 square feet of “community-serving retail” to a 27-acre waterfront lot on the waterfront.

A 104-slip marina will also be brought online as part of the development; it’d be the Ventura Harbor’s first new marina in about 30 years. The marina will accommodate boats up to 80 feet in length and feature a 90-foot paddleboard dock.

There would be a dock for personal watercraft, such as kayaks and paddleboards.

The first 56 apartment units of the residential portion of the project are officially online, according to the developer. Developers spent almost two decades in planning before construction finally began, the developer continued.

Once completed the development would include a large public plaza, which would serve as the community’s town center. There will also be retail shops, spa, pool, tennis court and pet park. Two acres of public park, as well as a pedestrian promenade, would border the harbor.

Togawa Smith Martin Inc. designed the project’s “Mission Colonial” architectural theme. The project is considered “low-density,” according to the developer, with the residential component of the development occupying 11 units per acre. There are four types of apartments available: studio, one-, two- and three-bedrooms, each averaging more than 1,000 square feet in size.

Ten percent of the residences (27 units) are set aside for affordable housing, the developers said.

An initial agreement between public officials and the developer was reached in 2002, but the project had drawn out ever since, what with the California Coastal Commission and other agencies chiming in on plans.

Visit portsideventuraharbor.com for more information about the development.