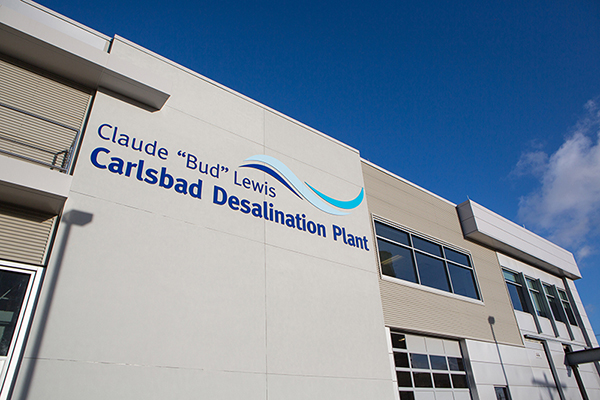 OXNARD—A water company’s plan to restore portions of the San Diego National Wildlife Refuge to mitigate the effects of its desalination plant in Carlsbad was formally approved by the California Coastal Commission, May 9.

Poseidon Water will restore 34.6 acres of a disturbed upland site and convert 90.9 acres of a salt pond to tidal wetlands, according to Coastal Commission staff.

“The proposed restoration project will mitigate for impacts associated with the operation of the Poseidon Carlsbad Desalination Facility,” Coastal Commission stated.

Plans to build a desalination plant on the San Diego County coast were approved by the Coastal Commission in November 2007; a Marina Life Mitigation Plan (MLMP) was attached to the project, mandating Poseidon to mitigate the affects caused by its uses of estuarine water and entrainment of marine organisms.

Poseidon, as part of its obligations under the MLMP, reviewed 12 possible restoration sites and ultimately settled on two: the Otay River floodplain in the South San Diego Bay National Wildlife Reserve and Tijuana Estuary.

The mitigation plan was revised in 2013 to include the Otay River floodplain and salt pond.

“The restoration project will be created through the excavation, fill, grading, and planting of two areas that historically consisted of large areas of tidal wetland habitat that were transformed either to upland habitat or diked solar salt ponds by anthropogenic processes (i.e., filling and dredging),” Coastal Commission staff stated in a report to commissioners.

“Both sites are not currently subject to tidal exchange although both sites are immediately adjacent to tidally influenced waters; therefore, the project will provide great potential for tidal wetland restoration with extensive intertidal and subtidal habitat areas as well as associated transitional and upland areas and nesting habitats,” Coastal Commission staff continued.

The Coastal Commission held its May meetings in Oxnard.

Water Authority staff stated the permit is consistent with an executive order issued by California Gov. Gavin Newsom. The order, according to Water Authority staff, mandated the state “to think differently and act boldly by developing a comprehensive strategy to build a climate-resilient water system.”

“The new intake-discharge system is needed for long-term operations of the nation’s largest seawater desalination plant, which started commercial production in December 2015 using water withdrawn from Agua Hedionda Lagoon for once-through cooling at the Encina Power Station,” Water Authority staff said in a released statement. “So far, it has produced more than 46 billion gallons of drinking water with reverse osmosis technology.”

Nearly 400,000 people are served by the desalination plant, which sells its desalinated water to the Water Authority.