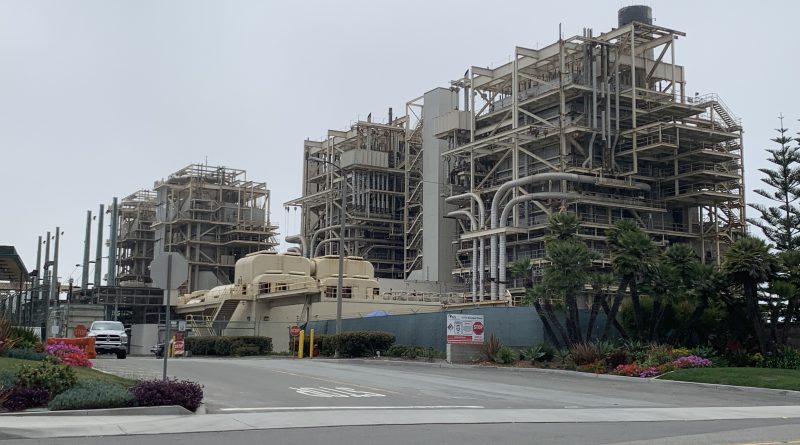 A Regional Water Board vote on the desalination plant in Huntington Beach could be filed within the next two months, but is the project on thin ice after several questions and concerns were raised during a virtual workshop?

HUNTINGTON BEACH—Marine life mitigation, the need for desalinated water in Orange County and the overall merits of Poseidon Water’s plan to build a $1 billion desalination plant in Huntington Beach were some of the main talking points of a 10-hour virtual workshop, held on May 15. Highlighting the marathon of a workshop: pointed questions about the merits of Poseidon’s proposal and its value to Orange County Water District’s (OCWD) member agencies.

The Santa Ana Regional Water Quality Board, or Water Board, was supposed to hold this workshop in March, but it was delayed to May 15 because of the Coronavirus pandemic.

It was the Water Board’s second workshop on the proposed desalination plant in Huntington Beach. The other workshop was held in December 2019.

About 12 acres of land would be used to treat saltwater, through a reverse osmosis treatment, at the AES plant in Huntington Beach. Two gallons of seawater would have to be processed through the plant to produce one gallon of potable water. The plant, as a whole, would produce 50 million gallons of potable water per day for Orange County ratepayers.

The intake system, which is located 1,650 feet offshore and equipped with one-millimeter wedge-wire screens, would collect 106.7 million gallons of seawater per day. About 56.7 million gallons of brine wastewater would be discharged from the plant. The discharge pipe is located 1,500 feet offshore and would be equipped with a linear, multiport diffuser.

The Parties – and Their Concerns

Poseidon Water already has a desalination plant up and running in Carlsbad, so this would be the company’s second operation – assuming its plans are allowed to move forward. One of the sticking points: the purchaser. Poseidon’s plan calls for producing $1 billion of desalinated water over 50 years and selling it to OCWD. The water district would then provide the water to ratepayers.

One of the biggest concerns raised during the May 15 workshop was OCWD’s role as the buyer of Poseidon’s desalinated water. Board members – in addition to asking specific questions about the need for desalinated water and raising concerns about environmental aspects of the project – wondered if OCWD, which acts as a wholesaler, had sufficient distribution in place to move the water.

An inability to distribute the desalinated water to OCWD’s member agencies could result in higher rates for customers – all while the extra supply of water ends up being stored in the ground.

At least four of the six Water Board members must vote in favor of the proposal for it to move forward to its final stages.

The California Coastal Commission also has to be on board with the project.

California’s Ocean Plan Amendment, according to a Water Boards staff presentation, does appear to lay the groundwork for Poseidon Water and Huntington Beach to establish an identifiable need for a desalination plant.

Water Board staff said the proposed desalination plant in Huntington Beach – and it’s 50 million gallons per day of potable water production – is “consistent with the applicable urban water management plans and other water planning documents.”

A Snippet of the Feedback

Huntington Beach resident Nancy Buchoz sent a letter to the Water Board, in lieu of attending the virtual workshop. She stated the desalination plant would be located near Ascon Landfill, a property she claims is “home to 38 acres of toxic chemicals, including some of the most dangerous chemicals for human beings.”

“This landfill is a toxic nightmare to the residents who live near it,” Buchoz wrote in her letter. “Please understand, there are actual human beings living within 100 feet of both the proposed Poseidon site and the proposed Poseidon pipeline that will expose Huntington Beach residents to more dangers, as the migration of the 70-year-old Ascon landfill continues.”

Nathalie Carrillo of Azul, an interest group opposed to saltwater conversion facilities, submitted an infographic, explaining the reasons to oppose the building of a desalination plant in Huntington Beach. The infographic said desalination plants are too expensive, is energy intensive, kills marine life, takes too long to bring online (from construction to completion), and “takes funding away from better options.”

Scott Maloni, who presented to the Water Board on behalf of Poseidon Water, said the proposed desalination plant is “scientifically sound” and “legally defensible.”

“The OCWD Board of Directors works to provide water supplies to 2.5 million residents. Due to the uncertainties of future available water supplies … the board needs to evaluate a range of water supply projects to ensure the water reliability of its service territory,” Markus wrote in a letter to the Water Boards.

A deeper analysis of the May 15 workshop will be featured in an upcoming issue of The Log, most likely in late June or early July. The Water Board is scheduled to finally vote on a necessary permit on July 31 – though that could change. Updates on the Water Board’s plans will be reported by The Log as soon as they are made available.

One thought on “Poseidon Water’s Desalination Plan: Are There Cracks in the Armor?”