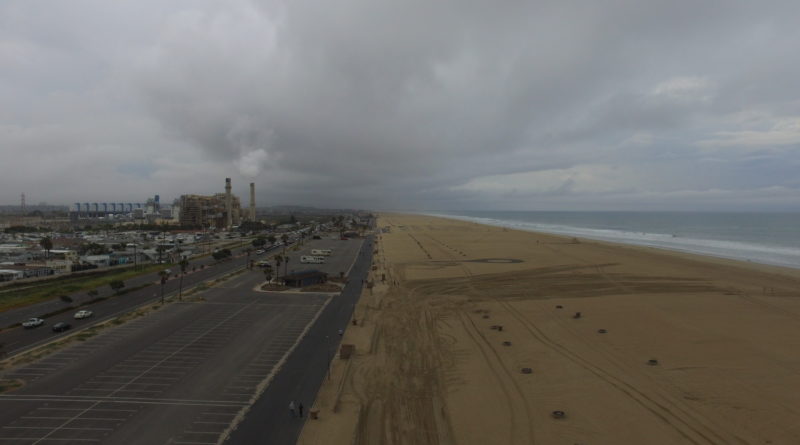 Editor’s Note: The California Regional Water Quality Control Board has canceled its April 3 workshop, it was announced on March 20. It is unclear when the Poseidon workshop (and eventual permit hearing) would be held. The Log will continue to monitor the board’s scheduling and report when the workshop is officially back on calendar.

HUNTINGTON BEACH—The Coronavirus (COVID-19) pandemic has forced a multitude of cancelations and postponement of public events. One of those cancelations: a planned workshop on Poseidon Water’s desalination plant proposal in Huntington Beach.

Members of the California Regional Water Quality Control Board were set to have what appeared to be a final public workshop on the proposed Poseidon desalination plant on March 13. The workshop was canceled due to concerns of the coronavirus.

“The primary agenda item scheduled for … [the] March 13 … board meeting was a workshop on the renewal process for … [a] permit for the Poseidon Resources, LLC desalination facility in Huntington Beach and does not require immediate board action. This item has generated a great deal of interest and participation by interested parties and the general public, based on previous Regional Board meetings. Given the crowd size anticipated for the meeting site and the evolving COVID-19 situation in the Southern California area, CalEPA and the Santa Ana Regional Water Board have decided to cancel the March 13, 2020 Santa Ana Water Board (Region 8) meeting,” Water Board staff said in a mass email to the press.

Water Board staff stated the items on the March 13 agenda would “be presented at a future Regional Board meeting.”

The Log reached out to Water Board staff and confirmed the March 13 meeting is off calendar, and the Poseidon workshop could appear on the April 3 agenda.

Board members were originally slated to vote on Poseidon Water’s permit renewal, which would have allowed the desalination plant project to move forward, on April 3. It looks like the public hearing and vote would be delayed, however, as the Regional Water Board anticipates having the March 13 workshop rescheduled for April 3.

“The April 3rd meeting is still scheduled to be held and the current thought is that the workshop that was scheduled for the March 13th meeting would be held on April 3rd, along with an opportunity for public comment,” Mark Smythe, an environmental program manager with the Water Boards, told The Log in an email.

“The State Board and Regional Board managements are exploring scenarios that would provide an equal opportunity for verbal public comment while minimizing ‘close quarters’ congregation of large groups of people,” Smythe continued. “Those procedures may be sufficiently vetted to be implemented for the April 3rd meeting.”

A public hearing and vote on Poseidon’s permit renewal might be held in late May, Smythe added.

“With regards to the public hearing (vote) on Poseidon’s permit renewal, as you might have seen in the agenda package, we received 217 unique comment letters and from those letters have identified [more than] 500 comments. The responses to those comments are currently being worked on by Regional Board staff,” Smythe said. “In order to provide full responses and allow for internal review, the public hearing (vote) will probably be postponed to late May and potentially addressed at an additionally scheduled ‘Special Board Meeting.’”

Poseidon Water obtained its first-ever permit for its Huntington Beach desalination plant project in 2006; the permit was renewed in 2012. The 2012 permit renewal, which would have allowed Poseidon to discharge 60.3 million gallons of wastewater daily, was set to expire in February 2017.

Several modifications – which the Water Board determined to be material – to the project were proposed since the 2012 permit renewal. The 2012 permit, accordingly, was deemed to be “no longer valid” by the Water Board – setting up the current public process, where Poseidon hopes to gain a renewed permit to allow it to move forward with its desalination plans in Huntington Beach.

The proposed desalination plant would be built at the old AES Huntington Beach power plant, located at the intersection of Pacific Coast Highway and Newland Street. Poseidon Water hopes to use the 12-acre plant to produce 50 million gallons of potable water daily. The price tag for the desalination plant is $1 billion.

Proponents of the project say the desalination plant is necessary to provide Southern California with water security during cyclical drought seasons. Opponents, on the other hand, say the billion-dollar project would be harmful to low-income ratepayers. Others have argued the proposed desalination plant on the Central Orange County coast is not environmentally friendly.

The Log will continue to monitor this story and keep readers updated as to whether the workshop will be held on April 3 or if the coronavirus situation causes another delay in proceedings.

One thought on “Poseidon workshop delayed because of Coronavirus”