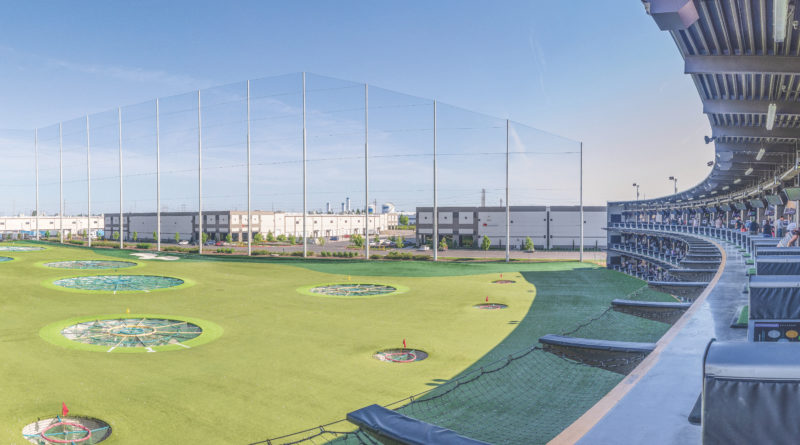 SAN DIEGO—The Port of San Diego has entered into negotiations with Topgolf about a proposal to build a facility on a prime piece of waterfront property on East Harbor Island.

The Board of Port Commissioners voted 5-1 on Nov. 5 to waive Policy No. 360, which requires a competitive solicitation process, and to direct the district’s executive director or her designee to negotiate and enter into an Exclusive Negotiating Agreement with Topgolf. Commissioner Marshall Merrifield cast the no vote. He said he was not voting against Topgolf, but voting against the waving of Policy No. 360.

Topgolf is a sports entertainment business that caters to both golf and non-golf players, offering a selection of games for all levels. Topgolf officials presented a proposal for the facility at the Nov. 5 Board of Port Commissioners meeting. Those plans include a 68,000 square-foot building with three levels consisting of 102 golf driving bays and restaurants and bar service. Each hitting bay has space for eight people, and six can play at a time.

The proposed site is on the east side of the man-made peninsula. It is part of 35 acres of land the port district calls the “East Basin Industrial Subarea,” which it has been trying to redevelop since 2015 when plans were announced that several rental car companies on the property were moving to a Rental Car Center garage on Pacific Coast Highway.

Wendy Siao, program manager of real estate at Port of San Diego, said Topgolf expects 500,000 visitors would visit this location per year. An August economic analysis by London Moeder Advisors stated the business would create around 800 jobs, of which about 500 would be permanent.

This is not the first time the idea for Topgolf in the area has circulated.

Topgolf submitted a proposal in 2015, when the board directed port district staff to begin soliciting for development on the “East Basin Industrial Subarea” and an adjacent 7 acres the port district calls the “Elbow Parcel.” In September of 2016, OliverMcMillan was selected to redevelop a significant portion of the “East Basin Industrial Subarea” with hotels, retail, canals and office space.

Topgolf came back into the picture when OliverMcMillan pulled out of those plans in February of this year.

At the Nov. 5 meeting, some commissioners expressed the sentiment the business could attract visitors as well as other businesses to the area.

“It’s going to bring new people down to the port that might not otherwise come down here,” said Commissioner Dan Malcolm.

“Is it worthy of very, very, very prime waterfront location?” said Commissioner Merrifield. “This is the last probably great large parcel with a great view corridor of the Bay and of the downtown.”

The Nov. 5 decision allows port district staff to begin talks with Topgolf to refine their proposal for the land and negotiate terms until the agreement expires on Dec. 31, 2020. Definitive plans would still need approval before moving forward.

“We fight over every square inch of our Bay and there’s a good reason we do that,” Commission Chair Garry Bonelli said.