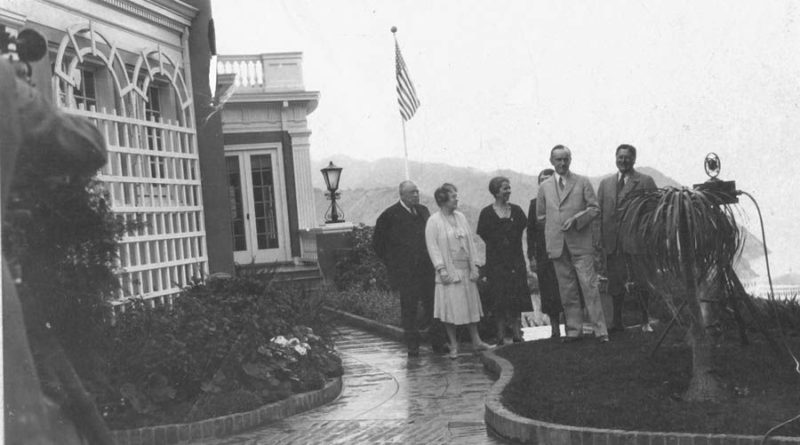 AVALON—Catalina Island has been a hot destination for celebrities through the years, but some might not be aware how many officials the island has hosted including presidents. Just a few of the POTUS that visited Catalina were Richard Nixon, a young Ronald Reagan (when he was a radio announcer and had yet to enter into politics) and, pictured here, Calvin Coolidge.

Coolidge was the 30th President of the U.S. and was in office from 1923 until 1929. He visited Avalon during the same time period as the Wrigley age, which can be seen in the photo. Coolidge is meeting William Wrigley Jr. and his wife, Ada, at their beloved home (the home currently carries her namesake). One of the most impressive tourist attractions on Catalina, Mt. Ada still offers room and board and delicious gourmet meals. Mt. Ada is also the premiere spot to overlook the harbor and Front Street.