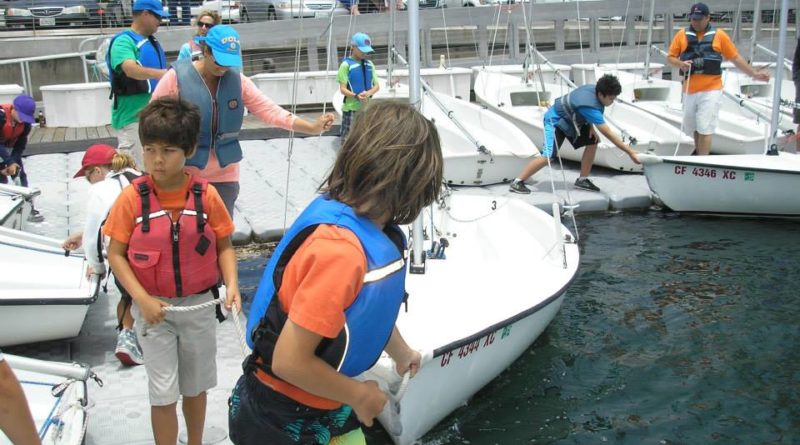 STATEWIDE — The community of recreational boaters in Southern California might as well be a series of fiefdoms, as there are hyper-local organizations focused on promoting boating within a particular harbor or marina. Cross-harbor relationships between local organizations are not necessarily the norm.

However, this was not always the case. Until 2012, the Southern California Marine Association (SCMA) advocated for the region’s boating public through boat shows, educational programs, legislative lobbying and promotional activities. The organization was absorbed by NMMA three years ago. Since then, the push to promote recreational boating in Southern California has been dominated by organizations in individual harbors, while groups such as BoatU.S. and Recreational Boaters of California (RBOC ) advocate for boaters at the national and state level, respectively.

SCMA ceased to exist after the merger, with NMMA West established as the overarching organization promoting boating in Southern California.

For those entering boating, the question is where do they start? Is anyone campaigning younger generations to become active recreational boaters and ensure the industry thrives in the future? Are boat shows the best medium to promote recreational boating and get people into boats?

As The Log celebrates its 1,000th issue, we attempt to answer — or at least shed light on — some of these questions.

The SCMA was founded in 1956 and remained active for 56 years before its membership reportedly voted in favor of being absorbed by NMMA. A Facebook page for SCMA still exists. The information page explains SCMA’s history and purpose.

“Up until the year 1956, the boating industry in Southern California had been without an organization to handle promotional activities, legislative matters, or boat shows,” the Facebook page stated, adding the organization was created at a meeting of about 100 individuals representing marine related interests.

“Since then, SCMA has become the largest and most influential regional marine trade organization in the country,” the page continued, pointing out the organization had a fulltime staff and produced five annual consumer boat shows, plus special boating events, in Southern California.

The boat shows and special events aimed to encourage non-boaters to become boaters. SCMA also lobbied on behalf of recreational boaters in Sacramento and Washington, D.C.

Although BoatU.S. and RBOC maintain similar roles, neither organization specifically focuses on the Southern California recreational boating community as a whole.

“The main thing is we’re more visible out here with our events. The shows are all growing,” Geoffroy said. “We do so much more than just a boat show. We have opportunities for people to come and see if boating is for them. We have standup paddleboards … [and] sailing simulators.”

“Part of what we’re trying to do with the shows is make them experiential. Rather than just get approached by sales people they can find out [about boating] more subtly,” Geoffroy said.

He added the recreational boating industry needs to recruit young families and teenagers to avoid being misperceived as being an old person’s pastime.

“We need young people so we’re really reaching out to them to include them,” Geoffroy said, adding NMMA actively pushes its Discover Boating program via social media.

The Outboard Boating Club of San Diego, which has more than 100 members, monitors a public launch ramp at Shelter Island and promotes the interests of outboard boat owners. Corsair Sailing Club maintains a fleet of sloops, ensigns and other sailboats at Harbor Island West Marina. Its mission is to promote boating and sailing in San Diego Bay.

Newport Beach Harbor Commission Chair and Director of Orange Coast College Sailing Brad Avery said there is no shortage of groups advocating for boating. Instead, economics and personal lifestyles pose the greatest challenges to recreational boating.

“I think many organizations are doing a great job advocating boating,” Avery said. “Due to changing lifestyles and economics, it has become very challenging for many people to buy a boat and use it in a significant way. There is plenty of interest, but the amount of time and money needed to own and use a boat has greatly impacted boat ownership. It’s easy for people to access boating with all the opportunities [available], but making boating a lifestyle requires a level of commitment many people just cannot make.”

“One of the reasons we started the Sea Fair eight years ago was because we realized that there was a community awareness issue. In our harbor we don’t have a community sailing center, which is one gateway for getting people into recreational boating. The Sea Fair is one way that we can expose the community to the various activities and ways to access our local ocean waters,” Julie Coll, one of KHBF’s co-founders.

A Focus on Youth

Recreational boaters are often perceived as belonging to a certain demographic, be it age, income level, or other societal measure.

There are a handful of organizations, however, introducing recreational boating to a wide array of demographics.

Southwestern College in Chula Vista, for example, offers its students an opportunity to acquire recreational boating skills through academic and hands-on training. Any student who is at least 15 years old can participate in Southwestern’s free internship program at Silver Strand State Beach in Coronado and learn about the principles of boating, among other skills. The internship program is part of the college’s Boating Recreation Teaching Assistant Program.

Avery said the school’s sailing program makes every effort to make boating affordable to students and promote people being on the water.

“We’ve worked hard in giving our students more flexibility in scheduling and in the types of courses offered. We try to keep prices low. We have supportive instructors who love sailing,” Avery said. Our program director, Mette Segerblom, attends many sailing program conferences, and several of our faculty work with other programs and organizations to promote sailing and improve curriculum.”

Sailing programs and opportunities to high school and college students are also available at four-year universities such as UCLA, UC Irvine and San Diego State.

A drive down the 405 freeway from Redondo Beach to Newport Beach is Newport Sea Base, a cooperative effort involving Boy Scouts of America, Orange County Council and Orange County Board of Supervisors. Founded in 1937, Newport Sea Base is, according to its website, a youth aquatic facility aiming to inspire “a love for the marine environment in the hearts of youth.” Newport Sea Base is home to the sailing teams of Chapman University and Corona Del Mar High School.

There are certainly other groups and organizations advocating for Southern California’s recreational boating community, such as Ventura Sailing Club and Santa Barbara Sail and Power Squadron.

“I think women are a market segment that is underserved. As a female boat owner I champion getting women educated and out on the water so they feel confident about boating and extending that to ownership,” Coll said. “Another group that tends to get lost is the out of college 20- and 30-year-olds. Often they have the desire to boat recreationally but are busy building careers and don’t have the extra financial resources to so. One of the reasons stand up paddle boarding is exploding as a sport is the barrier cost to entry is low serving the needs of this particular age group.”