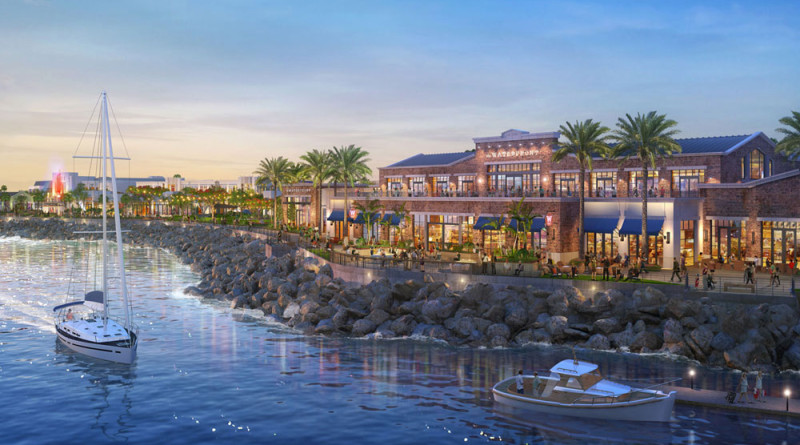 REDONDO BEACH — An initial public review period of Redondo Beach’s planned upgrade of its waterfront and harbor area ended last month, setting the stage for additional dialog between residents, city officials and the developer. The city will be using the input gathered from three public review meetings to prepare its Final Environment Impact Report (EIR) for California Coastal Commission review.

City officials and the project developer, CenterCal, said the renovation project, once complete, would enhance public access to and recreational opportunities on the waterfront, improve aging infrastructure, upgrade views, and redevelop or expand visitor-serving retail uses.

Other enhancements could include a new boat launch ramp (in place of the current boat hoists), renovated parking and pedestrian access to Redondo Beach Marina Basin 3, and improvements to Seaside Lagoon.

CenterCal CEO Fred Bruning said residents and stakeholders provided positive and negative comments during the public review period. There were questions of the project’s size or general opposition to developing any sort of major project on the Redondo Beach coast, Bruning said.

“The city is collecting all the comments, and will be addressing them in their EIR submittal to the Harbor Commission,” said Bruning. “There were a good number of positive comments, while some of the negative comments range from the size of the project to objections to some of the uses. I think in all it will result in a good discussion with the Harbor Commission and the city, and I am looking forward to the dialog.”

How the revitalized waterfront would impact public views of the ocean and whether the presence of sea lions in the harbor pose any threats to boaters or visitors were other concerns reportedly raised during the review period.

Also on the table is how the proposed revitalization would impact the local sportfishing community.

At least two interest groups formed to raise awareness about the waterfront redevelopment: Rescue Our Waterfront and Voices for Waterfront Vitality.

Rescue Our Waterfront’s mission is to “realize a revitalized, not supersized, harbor area,” according to the group’s website. The group also lists “five fatal flaws” with CenterCal’s waterfront redevelopment, which includes more traffic, an uneven ratio of added development to increased vehicular parking, obstructed views, less parking for boat trailers, and impacted water quality.
Christina Jesperson recently launched Voices for Waterfront Vitality to gather support for the CenterCal project.
Attempts to reach Jesperson and representatives of Rescue Our Waterfront were not successful prior to press time.

Bruning told the New York Times his firm studied nearly three dozen waterfronts, including a few in Europe, to influence plans for the Redondo Beach waterfront.

Redondo Beach is seeking to upgrade a waterfront it identified as aging and dilapidated.

“The public infrastructure that exists in the waterfront today was developed in a piecemeal fashion over many years and lacks the functionality necessary to provide a first-rate visitor experience,” city staff told council members in a report last month. “Given the advanced age of the facilities, many have or are reaching the end of their useful life and will require significant expense to repair and/or replace in coming years.”

City staff estimated construction costs for a redeveloped waterfront would range between $37.5 million and $108 million.

Redondo Beach’s City Council discussed a few waterfront redevelopment items at its Jan. 19 meeting, including how to finance the CenterCal project and whether to extend the city’s exclusive negotiating agreement with the El Segundo-based developer.

Council members narrowly voted to extend its exclusive agreement with CenterCal to avoid making a $600,000-plus payment for consulting services related to environmental and legal reviews.

The council also discussed the condition of a parking structure at the city’s waterfront and how the project could positively or negatively impact Redondo Beach’s fiscal health.