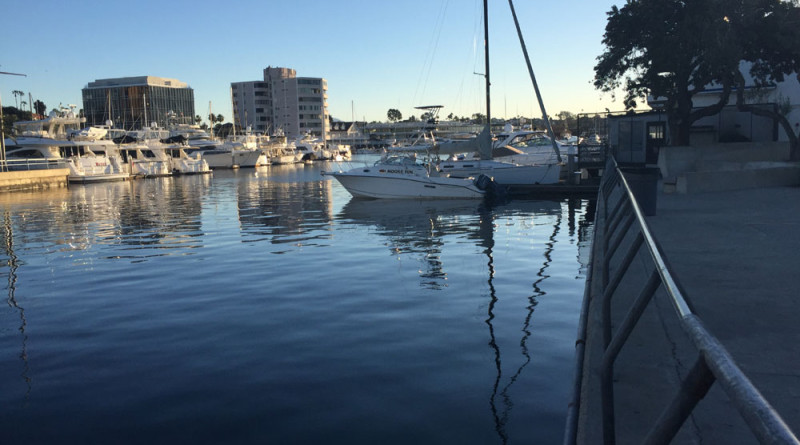 NEWPORT BEACH — A planned public pier near Lido Village and city-owned pumpout stations constantly being repaired because of improper bilge dumps were among the discussion topics at the Jan. 13 Newport Beach Harbor Commission meeting.

Boaters and harbor visitors could soon have a new public pier to patronize near the Newport Harbor Turning Basin.

The Newport Beach Harbor Commission discussed the prospects of realizing what was described as a feel-good, public-serving project: the Central Avenue Public Pier.

The public pier would be located near the Newport Boulevard Bridge and Elks Lodge. If built the pier would be 96 feet long and 10 feet wide, with 22 feet for side-ties.

“This portion of the harbor is currently underserved. A public dock here would be welcomed,” said Chris Miller, Harbor Resources manager for the city.

An “Approval in Concept” had already been issued for the layout. The Harbor Commission will determine the operational characteristics of the pier, such as time and use restrictions and what size vessels would be permitted.

City officials would then develop performance specifications and seek to secure entitlements and funding. The process would conclude with vendor bidding and construction.

Anglers might not be able to use the public pier if Commissioner Paul Blank’s suggestion to  incorporate a “No Fishing” restriction gains support.

Time restrictions on how long a boat could dock at the public pier could also be imposed. Commissioners discussed granting boaters three hours to dock at the pier, allowing them to dine at local restaurants and perhaps take in a movie.

Connecting the public pier to the harbor’s anchorage – and whether to add a second anchorage – is a topic the commission and city would have to address, according to Commissioner Duncan McIntosh. He also asked whether a public pier could be considered on the other side of Balboa Peninsula, near the beach.

Newport Beach city staff proposed allocating $441,000 of the current fiscal year budget to build Central Avenue Pier. The budget item, however, was not approved by the City Council, meaning there is no funding yet available for the proposed project.

No Bilge in Pumpouts

Newport Beach’s Harbor Resources Department regularly receives calls to repair the city’s pumpout stations. Miller said pumpouts often break down because of boaters using them to dump bilge. The department regularly finds rags in the pump. Repairing the pipes with a rebuild kit costs about $900 each, Miller added.

Bilges typically contain oil residue and could be disposed of as hazardous waste.

There was a discussion of imposing fines for pumping out bilge. Commissioner William Kinney said Newport Beach asked his colleagues whether Newport Beach should pursue a bilge waste station to complement the city’s pumpouts.

A pumpout station also exists at the recently opened Marina Park but is limited to visiting boaters.

Miller said the city had a good contractor during the past two years who consistently responded to service requests and understood how to work equipment.

Yelomine Pipes are used at all city-owned stations and helps minimize sewage spills.