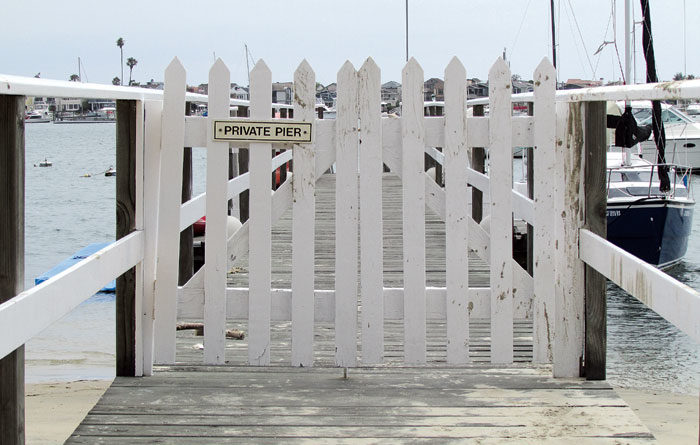 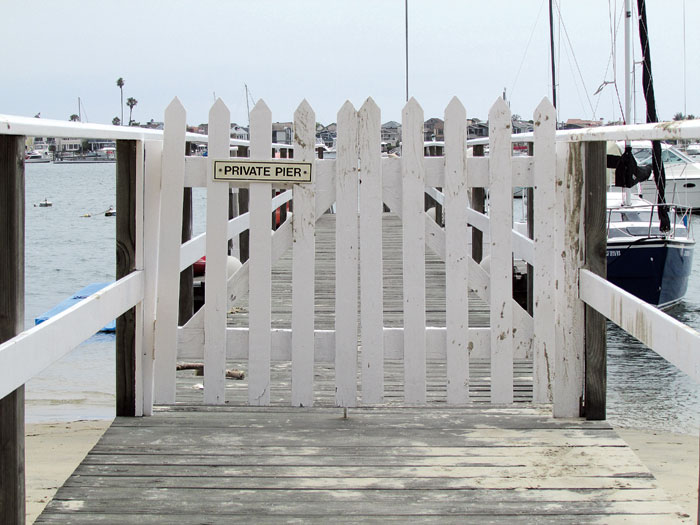 NEWPORT BEACH — More than 50 private pier owners met Aug. 15 to share their grievances, opinions and suggestions on how the city calculates its new permit fees that homeowners with their own piers and docks must now pay annually. The meeting was the first of two held this month, to give the public a forum to discuss how implementation of the new fees is being handled.

“Today is not designed to be a debate between staff and the public, but to gather comments — so that we can assemble them and bring them to the city council in the next couple of months,” said Harbor Resources manager Chris Miller, who facilitated the meeting.

“We want information from you,” he added.

The meetings were held in accordance with the city council’s commitment to review the implementation process that the city applied earlier this year for residential and commercial piers.

In December, private dock permit fees were changed from an annual $100 residential pier fee to a 52.5 cents per square foot charge, leading to a new average annual fee for the majority of Newport Harbor’s private piers that ranges from $300 to $700. Owners of larger residential piers, however, now pay as much as $3,000 per year.

City staff members compiled all the suggestions from attendees in “bullet point” form, under the headings: Moorings, Residential Piers and Commercial Piers.

Residential and commercial pier owners raised issue with the city charging for the 10 foot perimeter around their docks, when some docks have no boats or have boats with a beam of 6 feet or smaller. However, since dock owners cannot restrict other harbor users from accessing the 10 foot perimeter around their dock, many argued the new fees are a threat to the equity they have in their homes.

Bob McCaffery, chairman of the Newport Beach Dock Owners Association, a group of citizens and business owners behind the Stop the Dock Tax campaign, read a statement that will be submitted to the city council. According to McCaffery, the docks have been itemized and taxed by the Orange County Assessor for several years, with the city receiving 17 percent of that money. Therefore, the bayfront owners “have been paying more than their fair share,” he said.

Additionally, the city’s new “rental” fee has essentially stripped pier owners of their property right, he read. “There is language allowing the city to confiscate your dock for a ‘cause’ — translation: Your property right to your dock is removed. Future city councils can take this further, and by legislative fiat, deem your dock a public asset and confiscate it.”

McCaffery said he believes the two issues can be resolved by the association and the city coming back to the table to discuss the matter.

Several residential pier owners contended that, if the city is charging them a rental fee for the property, then they should have the ability to rope off the area around their docks. For instance, if a dock owner with a 30-foot-long single-finger pier is paying the fee and being charged for the 10 feet around the dock, then he or she should be able to do with the area what they wish, argued one owner.

Miller, with input from assistant city attorney Michael Torres, explained that since the dock is on public tidelands, the area can’t be roped off — an explanation that many in the audience took issue with.

Mooring holders also offered suggestions and voiced disapproval of the city’s decision to base mooring fee adjustments on listing price and strip them of their ability to transfer a mooring permit.

“These days, almost no one pays the asking listing price,” said one speaker. “Why doesn’t the city use the book-rated (price) of marinas?”

A longtime mooring permit holder expressed concerns that the mooring fee rates are not equitable to those of residential piers. “I don’t want there to be a misunderstanding that the mooring holders are paying less than the dock holders,” she said. “Because we are more upset than you guys.”

The speaker argued that the moorings were meant to be “a reasonably priced place to put your boat,” yet they were no longer paying a lower rate.

In 2012, the city council approved phasing in a fee increase over five years to make moorings 14 percent of the average Newport marina slip fee. Mooring permittees are in the third year of the incremental fee increase. That same year, the city eliminated the right to transfer moorings to another private party.

Mooring holders now have the ability to transfer the permit twice over the next 10 years, under the new ordinance.

Questions and concerns from meeting attendees — put into the form of bullet points for the city council to consider — included the following:

* Mooring rates (are) not equitable to residential piers.

* Why are dock owners being charged for the 10 feet off the width of the dock, all around three corners, when the average beam is 6 feet?

* Why are those people without boats on the dock being charged the same, in terms of the perimeter?

* If (we are) paying a “rental fee,” can we rope off that area, since we are now paying for a piece of property?

* Create a consistent methodology across all three types of rentals — specifically, based on linear feet.

* Why are homeowner associations in a commercial (piers) category?

* For residential piers, what if there is a mooring in a 10-foot buffer?

* Is there enforcement of the 10-foot buffer?

* If you are only occupying one-third of the space, then why (are you) being charged for all?

* If there is only one boat in one of the slips, then why does the dock owner have to pay a rental rate for an entire pier area?

* Why can’t mooring holders rent (out their space to others), when residential pier owners can?

* If a person received a mooring today, they should get the three-year fee and not the five-year fee, phased in.

* If you rent a residential slip, you should not be considered a full commercial marina.

* Why is a permit needed?

City staff members will review feedback received at the meeting, with exhibits depicting examples where improvements in the process can be made.

Exhibits can be viewed at newportbeachca.gov or at the city clerk’s office, at 100 Civic Center Drive.

Comments can also be made via email to Harbor Resources manager Chris Miller at cmiller@newportbeachca.gov; or by calling (949) 644-3043.