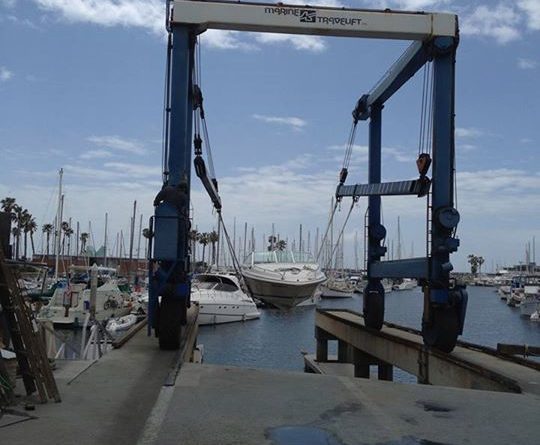 REDONDO BEACH — Motions to approve two workshops about alternative locations to build a boat ramp were approved by the City Council at the Dec. 5 City Council meeting in Redondo Beach. The council agreed to move forward with these meetings by February 2018.
Feasibly, a boat ramp could be built at locations of Mole A, Mole B, Mole C, Mole C+ or Mole D. Initially a boat ramp was proposed to be built on the Mole B site, but this was scrapped after the Coastal Commission found several “substantial issues” including safety, the removal of 38 boat slips, reduction on public parking, and the fear that there would be an impact on recreational boat uses.
According to Mark Hansen, a King Harbor boater, the issue could be resolved by proposing to acquire Joe’s Crab Shack near the Sportfishing Pier and building the boat ramp near Mole C. Allowing a public workshop to discuss possible sites that will be in ordinance with the Harbor Commission and have the input of boaters could be a happy solution for all involved.
Council member Nils Nehrenheim raised the questions of whether the location found would be Compliant C, directly relating back to the lawsuit with the city and CenterCal, a venue that was contracted to renovate King Harbor. Mole C, C+ and D are currently Measure C compliant locations upon which the boat ramp could be placed.
Council member Christian Horvath was eager to approve the motions on the workshops concerning the boat ramp.

“We need to keep the ball rolling here,” he stated, adding that the workshops should be organized by February during the application process so that “it does not become stagnant.”
One citizen of Redondo Beach, Eugene Solomon, raised the question of whether or not it would be beneficial to move forward with workshops if there is in fact no road for progress. Solomon felt that “agreeing to have a workshop without any resolution” would be a questionable pursuit.

Horvath countered that question by starting, “Those [approvals] have to go through the Harbor Commission.”

In the interest of the project, the council members voted to push the workshops through while more information is gathered.

Nehrenheim made sure to mention boaters and encouraged contacting boaters and yacht clubs for their opinion on this matter.
Several weeks ago, Redondo Beach officially cut ties with CenterCal, the vendor to be responsible for a major harbor revitalization plan. The back-and-forth between the city and CenterCal lead to heated retaliation on both sides, eventually culminating in a costly legal battle.
While CenterCal initially planned the architectural renovation, which may have included a large mall, the citizens of Redondo Beach fought back, organizing Rescue Our Waterfront. Among the concerns of introducing this new waterfront super-structure were stated in the “5 Fatal Flaws” being regarded as a substantial increase in traffic, a large percentage of development to parking, views of southern Harbor Drive being obstructed up to 80 percent, less access for trailer spots, and a concern about the water quality — would this new structure infringe on the open Seaside Lagoon and create health hazards?
Regardless of the arguments on each side, it appeared that a communication issue was created that was unable to bridge and caused Redondo Beach’s citizens to gather enough signatures to rescind the contract with CenterCal. While CenterCal’s structure is no longer on the maps, where does that take the redevelopments now?
According to the Rescue Our Waterfront Facebook page, the citizens are hoping for a revitalized waterfront and wish to turn the AES site into future parkland.
There is also the issue of the old power plant in King Harbor and what it will be used for in the future as currently it does not have plans for its rejuvenation, but Nehrenheim stated, “All options are on the table regarding the power plant location,” adding that “park and open space usage is the main priority.”
Nehrenheim continued, “During my campaign for office there was an overwhelming voter sentiment that redevelopment of the power plant site could and should be part of a comprehensive master plan for the entire area. However, since we [the city] are currently being sued by CenterCal on many fronts with multiple lawsuits, I cannot comment how or even if any renovations will or will not affect development for the waterfront area of King Harbor.”
Boaters and citizens of Redondo Beach are being encouraged to take part in making recommendations. A list of council and city staff can be found at redondo.org.