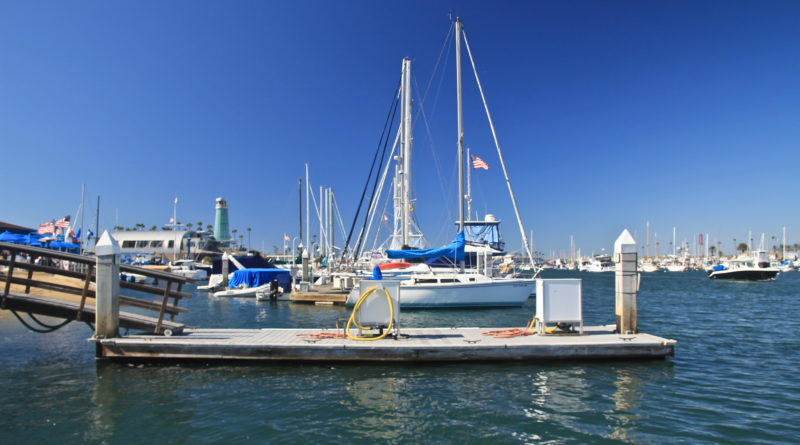 SOUTHERN CALIFORNIA ― Pumping out sewage from boats might not be appealing but is obviously necessary if lavatory facilities are utilized onboard. The proper use of pumpout stations is vital to keep boats and harbors clean and fresh.

Dumping of sewage by recreational boaters is suspected, Oceanside Harbor Maintenance Supervisor Steve Rodriguez mentioned. However, the consensus among certain local coastal city employees is pumpouts are being used but not always properly.

The improper use of pumpout stations has been an issue in at least several local harbors.

Boaters have improperly used pumpout hoses to clean bilges in Newport Beach Harbor and Oceanside Harbor as well, according to sources there.

“The big problem that we have is that pumpouts are not only used for sewage pumpout,” Newport Beach Harbor Manager Chris Miller told The Log.

“Our pumpouts are unmanned, which means they are free to use and available to use 24 hours a day,” Miller went on to explain. “That’s great because they are accessible. However, that also presents some problems, because it’s hard for us to control the pumpouts are used as they were intended.”

Using the sewage hose for sucking up contents in a boat’s bilge has caused damage to pumpouts in Newport Beach Harbor making them inoperable numerous times.

“The bottom of a bilge [can have] any number of things that can destroy the insides of the pump unit itself like screws, washers, nuts, bolts and rags. That gets sucked up and then can ruin the inside of our pumps,” Miller elaborated. “It can easily be, in parts alone, a $900 fix not to mention the labor involved, because it ruins the rubber hose.”

Oceanside Harbor addressed the misuse of sewage pumpouts by acquiring a bilge pumpout through a grant from The Bay Foundation.

Newport Beach Harbor is currently looking into obtaining a bilge pumpout, as well.

“The city and I are working on installing a bilge pumpout station or stations in the harbor,” Miller said, adding he is planning to get “the ball rolling” at the start of 2018.

Pumpout stations do have signage to educate boaters, Miller mentioned.

Another way the city has attempted to combat the misuse in Newport Beach was by installing shorter hoses for some of the sewage pumpout stations.

“We used to have 30-foot hoses that easily get down inside someone’s boat. But if you put a shorter hose, like a 20-foot hose, it makes it a little more difficult,” Miller said.

The more serious environmental issue and illegal practice of dumping does still occur in San Diego despite having 15 free pumpout stations throughout the bay.

“Unfortunately, there are still boaters who will not bring their vessel tanks in to be pumped and let their waste go into the bay,” Elicone admitted. “This is a serious crime and the Harbor Police are constantly educating boaters on how important it is to use the pump stations.”

The San Diego Harbor Police patrol the bay every hour of the day and look out for such violations. City officials also encourage other boaters who see this activity to report it.

“The fine for discharging untreated sewage anywhere within the three-mile territorial limit or into any No Discharge Zone can be up to $2,000.00 (Clean Water Act Section 312 (j),” Rodriguez pointed out.

Dumping sewage into the harbor pollutes the environment and negatively impacts the ecosystem.

“Boaters that illegally empty their vessel’s sewage tanks into the Marina or close to shore are introducing raw, untreated sewage into the environment—something that’s not safe for humans or marine life,” Nicole Mooradian, a public information officer with L.A. County’s Department of Beaches and Harbors, said.

Bacteria from fecal matter can contaminate the fish people eat and the water where people swim.

“One toilet flush of untreated sewage from your boat can cause the same environmental impact as 10,000 flushes from your home toilet,” according to California State Parks and The Bay Foundation.

Harbors and beaches are regularly tested for water quality. However, deciphering whether fecal bacteria found in local waters is human and not animal is difficult.

Sources related to harbor activities are optimistic boaters care more about water quality than polluting the sea in which they recreate.

“The Department [of Beaches and Harbor for the County of Los Angeles] has found that recreational boaters tend to care about the environment and would rather not dump sewage into the same water in which they enjoy their boats, so they are likely to use the Marina’s public pumpouts to keep the water clean,” Mooradian stated.

The Clean Vessel Act was passed by Congress in 1992 and provides state funding for harbors to provide and maintain pumpout stations.

Most pumpout stations on public docks are free to all boaters and easily accessible.

A mobile application, called the Pumpout Nav App, will locate the closest sewage station for boaters. The application can be downloaded through the Division of Boating and Waterways website at bit.ly/2ykrzdz.

“It’s a really good app,” Miller said. “I’ve provided a lot of feedback to it as far as Newport goes. All the individual information on the pumpouts that the city owns should be up to date.”

One thought on “Pumpouts in Southern California: Are boaters pumping or dumping?”