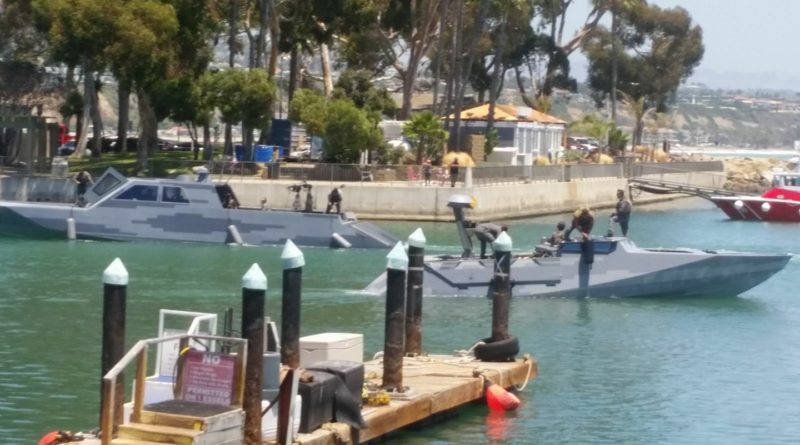 DANA POINT — Our July 28-Aug. 10 issue featured two photos of unidentified military vessels visiting Dana Point Harbor. The Log took it upon itself to discover the agency affiliated with the two stealth boats. A few days of emails and phone calls to a variety of sources mostly yielded dead ends, but one source at the U.S. Coast Guard unequivocally informed The Log the two vessels in question belonged to the Mexican Navy.

The Log received a handful of emails and messages shortly after the printed article (and its photos) were posted online, Aug. 1. The messages challenged the accuracy of our reporting – an important and necessary element of fair and honest journalism. Also questioning our reporting was O.C. Register, who, in a story published online Aug. 3, stated the visiting military vessels actually belonged to the U.S. Navy.

A source with the Naval Special Warfare Command confirmed, in an Aug. 4 telephone conversation with The Log, the visiting vessels were SWCC – or special warfare combatant-craft crewmen – boats.

What follows, in the spirit of transparency and honesty, is a timeline of The Log’s reporting, including direct quotes from the U.S. Navy, U.S. Coast Guard, O.C. Sheriff’s Department and O.C. Parks.

Attempts to reach the Mexican Navy for confirmation or denial were unsuccessful. The Log also followed-up with the Coast Guard source that first stated the two vessels belonged to the U.S. Navy (but later updated her comments). She replied she would look into the matter, but did not reply back to The Log before press time.

The Log appreciates your patience and understanding. Our reporting has always been – and will continue to be – based on diligently informing our readers what public officials, industry leaders and interested parties are publicly stating.