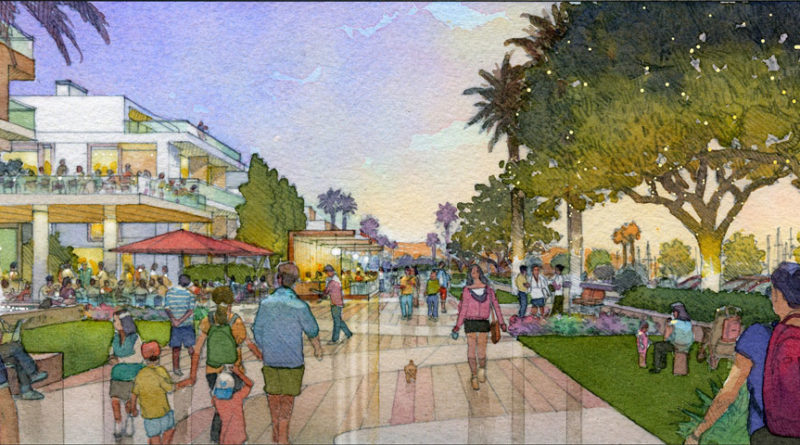 REDONDO BEACH – The Redondo Beach City Council approved a resolution that will rid the waterfront of the AES power plant for the construction of restaurants, offices and single family homes.

By passing the resolution 3-2 for the AES backed Harbor Village initiative, the company will remove its application from the California Public Utilities Commission to build a new power plant on its current site. A move that motivated several councilmembers to endorse the resolution.

“This is, in my opinion, after dealing with this for so many years, a guaranteed way to get rid of the power plant,” Mayor Steve Apsel said.

AES officials will have until November to gather the required signatures in support of the plan in order to place the initiative on the March 2015 ballot. The national energy company must gather signatures from at least 15 percent of voters.

“We have developed what we think is a tremendous win-win solution that turns that preference of most people into a reality,” said Eric Pendergraft, AES Southland vice president of business development, “and that is the Harbor Village Plan to voluntarily plan not to pursue a power plant facility on the Redondo waterfront.”

The initiative calls for the 50-acre site to be rezoned to allow for mixed-use development consisting of up to 600 residential units, 85,000 square feet of new commercial development, 250 hotel rooms and 10 acres devoted to public space.

“I am absolutely in favor of the people voting on this,” said Councilmember Pat Aust. “I think the people of Redondo should get a decision on something as big as this.”

The Redondo waterfront is also poised for a redevelopment project that will develop 52,732 square feet of the waterfront. The project to be led by CenterCal, includes a launch ramp, hotel, and commercial developments. The project’s Environmental Impact Report is scheduled for completion in 2015.

Speakers opposed to the plan claim the project will put major stress on traffic due to both developments being constructed at the same time, displeasure with the level of development and lack of a master plan.

Others voiced their support for new waterfront development and ultimate removal of the power plant.