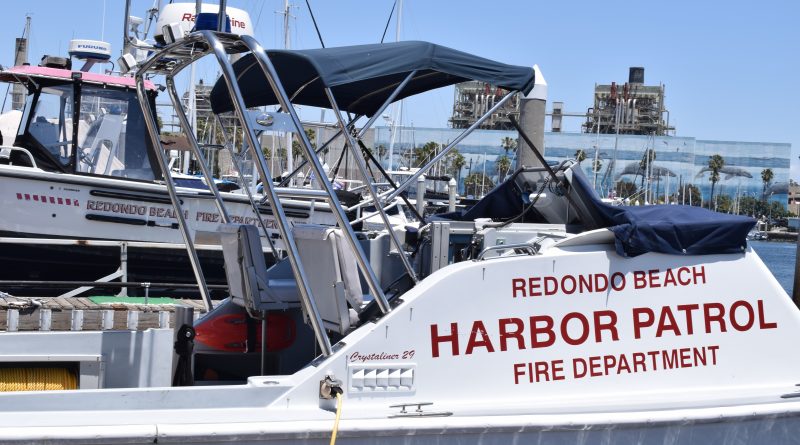 City Council members did not support a 33 percent cut to Harbor Patrol staffing and hours as part of the Fiscal Year 2020-2021 budget, but supported directing staff to explore potential partnerships with Los Angeles County to reduce costs.

Decision Package No. 29, as initially proposed, would have eliminated one-third of the staffing in the Harbor Patrol Division, reduced the hours by one-third, and reduced Harbor Tidelands Fund allocations by $543,742.

“I am totally opposed to decision package 29, again that’s not a want to have, it’s a have to have, public safety is number one,” Mayor Bill Brand said at the June 16 City Council meeting.

City Council members at the June 16 City Council meeting modified the decision package to reinstate the allocation of $543,742 to the Harbor Tidelands Fund, direct staff to explore a partnership program with Los Angeles County Lifeguards to reduce costs and direct staff to explore relocation of the police boat from Basin 3 to a safer location in Mole B. The modification passed as part of the overall budget approval in a 4-1 vote.

City staff had presented three options to address the proposed reduction in hours and staffing. Option one suggested eliminating staffing during nighttime hours and creating an agreement with the county lifeguard unit to provide marine response during off hours.

Option two suggested staffing officers for 24 hours around the clock for four consecutive days, and then having two consecutive dark days. Option two also suggested a similar agreement with county lifeguards to cover the 48 hours Harbor Patrol was out of service.

Option three suggested staffing the unit with a single boat captain every day, around the clock, and reassigning the harbor patrol officers to vacant paramedic/firefighter positions at Fire Station 1. Those officers would then join the boat captain in responding if a Harbor Patrol call came in. Staff acknowledged this would result in a delayed response.

Several council members expressed they did not support the cuts but supported looking at ways to synergize Harbor Patrol operations with other departments, including Baywatch, to find ways to reduce costs and the overall deficit.

“Rather than bleeding funds, looking towards synergies with LA County,” Councilmember Nils Nehrenheim said at the June 16 meeting.

The Harbor Commission also did not support the cuts, voting on June 1 – with one dissenting vote – to oppose decision package 29.

“I strongly oppose any cuts to the Harbor Patrol that are not in line with other departments. This is a life safety issue and would create a huge liability to the City,” an e-comment from the June 11 Budget & Finance Commission meeting stated.

“It is shocking that this is even being considered as our Harbor Patrol is necessary for safe boating in Redondo Beach,” former Harbor Commissioner Kari Keidser said in a submitted comment during the budget public hearing on June 16. “To suggest eliminating one-third of the staffing and service hours when other departments not relating to safety are being reduced by only 15 percent.”

The Harbor Patrol Unit has been in existence in various iterations since before 1970 and provided under the authority of several departments over the years including the Harbor Department (now the Waterfront and Economic Development Department), police department and most recently the fire department.

Up until about 1999, the unit typically operated from 6 a.m. to 2 a.m. during the summer months and less in the winter months. In 1999, the Harbor Patrol Unit was fully incorporated in the fire department and transitioned to a 24-hour service operation.

In addition to marine response, the Harbor Patrol Unit also responds to landside calls for medical emergencies and fires near the waterfront.

Harbor Patrol Officers do not have authority to makes arrests, carry a firearm, nor the ability to issue citations (with one exception). Those responsibilities fall to the Police Maritime Unit, which was created in 2018.

It is unclear at this point what effect, if any, a partnership or agreement with Los Angeles County Fire Department Lifeguard Division would have on Harbor Patrol operations.