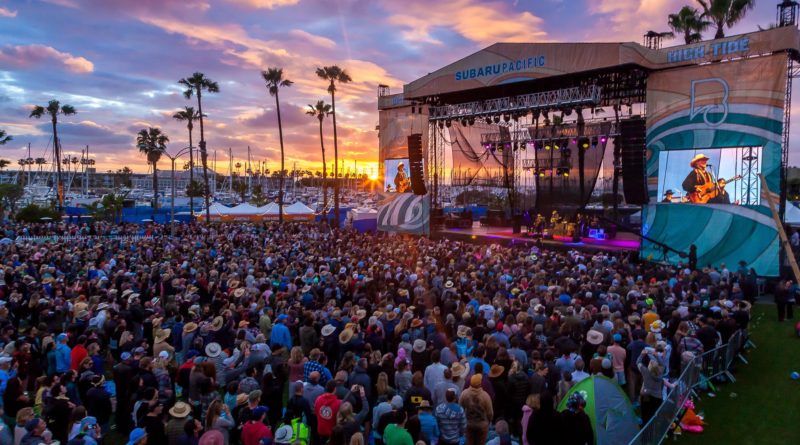 Editor’s Note: On June 19, a line was removed indicating Allen Sanford had been involved in arson as a teenager, which was found to be inaccurate.

REDONDO BEACH—With a star-studded lineup including Willie Nelson, Brian Wilson, Bob Weir and many other top musicians, the BeachLife Festival, a first in 2019, shook Redondo Beach’s waterfront. Most of the coverage about the event was positive and even though boaters had been concerned about the parking/docking situation, Allen Sanford, the festival’s founder, reported there were fewer problems or issues than expected.

Members of the Redondo Beach Harbor Commission received feedback about BeachLife Festival during the May 13 meeting and discussed some guidelines if the festival were to continue next year.

“The BeachLife Team has received nothing but positive feedback from the local boating community, and we’re excited that our significant efforts to minimize impact on both the live-aboard and weekend boating community came to fruition over a the three day weekend in May,” Sanford said in an email to The Log.

“We have started to solicit Community feedback from every angle, and are currently planning our next event with that feedback in mind,” Sanford continued, adding that any boaters can forward their feedback to info@thebeachlifefestival.com.

Redondo Beach, in recent years, has struggled to find its grounding after plans to revitalize the waterfront by El Segundo-based developer CenterCal Properties resulted in a nasty lawsuit. The weekend festival was an unexpected surprise that stirred up good vibrations in the community, landing its waterfront with a starring role. The Daily Breeze reported CenterCal, not as keen on the festival, decided to file a lawsuit claiming they should have the rights to approve or deny BeachLife Festival. This is a new lawsuit in a string of lawsuits that have been acrimonious to say the least.

Mayor Bill Brand stated in the article, “You gotta love that the mall developer has filed another lawsuit related to their failed plan. Westport Capital and CenterCal have been all about the money from day one and they just continue to go after any money that they can.”

According to BeachLife Festival’s official website, it appears another festival has been planned for May 2020. The Easy Reader reported 10,000 people enjoyed the festival and Sanford, the brains behind the event who was also present for the harbor commission meeting.

In the past, Redondo Beach City Council member Nils Nerenheim had told The Log the city hopes to welcome more music festivals to the community. Harbor Commission member Chair Vicki Callahan stated at the meeting she hopes the festival will continue to come to Redondo Beach’s shores.