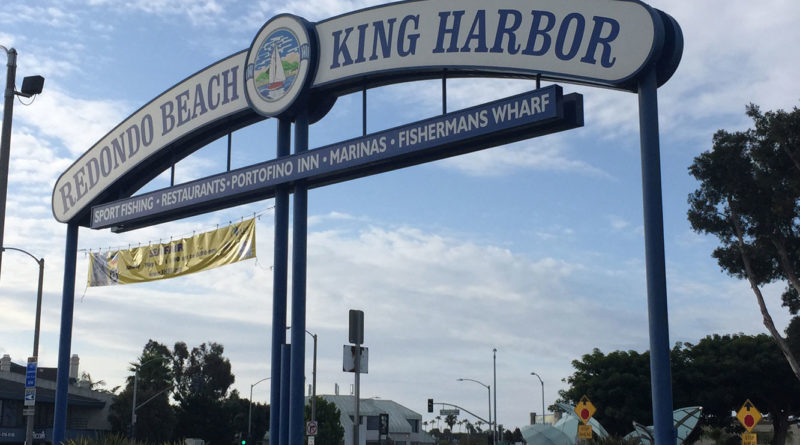 REDONDO BEACH — Once upon a time, Redondo Beach’s King Harbor was a commercial port. Now it is home to hundreds of recreational boats, several restaurants and a varying range of paddleboard users navigating Redondo Beach Marina.

Redondo Beach has been angling its four marinas at King Harbor as an ideal stop for boaters who seek a variety of recreational activities within a marina. The Log reporter recently spent two days in the city discovering all King Harbor has to offer, such as access to a pleasure pier, dozens of shops and restaurants, water sport activities and a sportfishing fleet.

Both experienced boaters and those visiting King Harbor for the first time should be on the lookout for activities other than boating taking place in the water. For example, there are many kayakers and standup paddleboard users making their respective ways through navigational channels.

This writer spent a few minutes trying a standup paddleboard for the first time and fell into the water near Dock D. Thankfully, no boats were in the marina at the time. However, boaters should definitely pay attention to non-boaters in the water.

Those seeking to learn how to sail or standup paddleboard can take lessons from Marina Sailing. Lessons for younger sailors are offered by King Harbor Youth Foundation, while experienced sailors can take to the waterways aboard a catamaran, powerboat or sailboat rented from King Harbor Yacht Club or Marina Sailing. More information is available at visitredondo.com/sailing.

On-the-water activities are certainly a major theme at Redondo Beach’s marinas. Boaters who work up an appetite after spending a day at sea or those who merely want to enjoy a good meal can make a short trek to one of the many restaurants on land or at the Redondo Beach Pier. Seafood is a major theme at most of the restaurants surrounding the marina, which makes sense considering Redondo Beach hosts an annual Lobster Festival and is home to California’s only halibut fish hatchery.

There is something for everyone and every budget. Kincaid’s, for example, offers an upscale dining atmosphere with wide views of King Harbor and a menu featuring well-presented seafood dishes. The dynamic menu is regularly tweaked and updated with new items, so diners are urged to chat with their server about the latest dishes.

For those who are content with mainstream eats, an El Torito offers standard Mexican American fare a short walk from Kincaid’s. A hop, skip and jump away from El Torito is Tony’s on the Pier, where boaters and diners can satisfy their cravings for clams, crabs, lobster, salmon, seared ahi, shrimp, swordfish and more.

Another eatery catering to boaters and seafood lovers is R10 Social House. The restaurant sits on the edge of Redondo Beach Marina and is easily accessible to boaters.

Boats ranging from 20 to 65 feet in length can dock at Redondo Beach Marina, though the larger slips there fill up rather quickly. This marina offers dock boxes, laundry, mail and message services, power, restrooms, showers and water. A fuel dock and pumpout station are located nearby.

The marina attached to Portofino Hotel offers docking for boaters who seek to enjoy the local eateries and nightlife before winding down in one of the venue’s posh rooms.

King Harbor is liveaboard friendly, but for those who want to dock in one of the four marinas and spend the night somewhere on land, there are several hotels in the area, including Redondo Beach Hotel, Portofino Hotel and Marina and Palos Verdes Inn.

Redondo Beach Hotel was completely renovated and has been open for about one year. The three-story hotel features modern amenities and is across the street from Redondo Beach Marina, meaning boaters can easily dock at a slip or moors near the main channel and walk a short distance to their room.

Portofino Hotel and Marina is directly adjacent to a few boat slips and offers higher-end amenities. Rooms include floor-to-ceiling windows, private balconies and up to 180-degree views of King Harbor.

All in all, Redondo Beach is a great destination for boaters who seek out good eats without having to travel far from their vessels or enjoy a recreation-friendly marina that feels miles away from the big city grind (despite being in the heart of America’s most populous county).