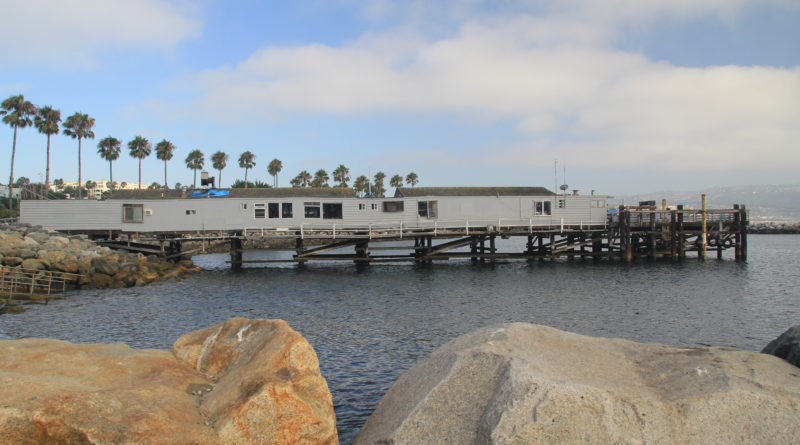 City agrees to finance the reconstruction of the decrepit pier.

REDONDO BEACH ― As plans for The Waterfront project in Redondo Beach stalls, the city is moving forward with plans to rebuild the dilapidated sportfishing pier.

The city will pay a company to reconstruct the sportfishing pier in King Harbor but not the buildings on the pier.

“My business is primarily boat ticket sales and the boats don’t load here, so I’m actually very excited to move down to the boardwalk,” Mark told The Log. “We have a spot secured down there that we’ll be moving to in the next month or two.”

City staff’s plan is to have the businesses cease operations on the sportfishing pier by the end of November.

“The inspections resulted in the discovery of several urgent defective and deficient pier components of the [sportfishing pier],” the staff report read. “The [sportfishing pier] was built in the 1960’s and consists of a timber substructure; including timber piles with timber bracing members, pile caps, and decks.

“The M&N [sportfishing pier] inspection report found that the structure is in ‘serious’ condition, and in need of urgent repair. The urgent repairs consist primarily of three new support piles, a new steel fender pile, and at least four lateral braces,” the report continued.

The city sought contractors to bid on repairing or rebuilding the pier. One contractor responded with a $460,000 estimate for repairs.

The cost to replace the entire pier is estimated to be between $4 million to $6 million.

Mark said the pier is in decay, so the city is looking to rebuild the pier sooner than later.

“They don’t want to have to go do a temporary fix and then have to fix it again in five years, so they are choosing to do the project earlier to rebuild the pier,” Mark stated. “But they don’t have the money to build the buildings on top of it.”

CenterCal’s $400 million revitalization plan for Redondo Beach includes reconstruction of the buildings on the pier in addition to developing a public market, a waterfront hotel, a theater, shops, restaurants and parking facilities. However, plans have been unable to move forward with the passing of Measure C, a slow-growth proposal on the March ballot.

“Originally, the city was just going to demolish the sport fishing pier, but we helped convince them that it should be rebuilt,” CenterCal’s CEO Fred Bruning wrote in an email to The Log. “The city was to rebuild the pier and we were to rebuild the tenant buildings.

“Our project has budgeted a complete upgrade of the boat slips and docks in Basin 3,” Bruning also added. “As with most of the infrastructure in the Redondo Beach waterfront, pretty much everything needs to be replaced, and other factors like sea level rise, harbor pollution, structural integrity and many others need to be addressed.”

Measure C, which passed in March, put a limit on waterfront redevelopment and consequently put the brakes on CenterCal’s waterfront project.

The city had approved a 99-year contract with CenterCal on Feb. 1, one month prior to Measure C passing. The multimillion dollar project still needed California Coastal Commission approval.

CenterCal filed a lawsuit against Redondo Beach claiming $14 million in damages for violating the lease agreement with the passing of Measure C.

The public supported Measure C and opposed the multimillion dollar revitalization project due to the size of the project.

“I get why it’s so big, but that’s kind of the drawback is its size,” Mark said. “But to put out that much money, they need a return on their investment. Something needs to be done and no one else wants to do it.”

Will CenterCal go back to the drawing board to scale down the size of the redevelopment project?

“In terms of doing a smaller project, that is a very complicated question,” Bruning responded. “Our current project is based on the zoning under Measure G, and the size was the product of a carefully balanced discussion in terms of city revenue, legacy tenants such as Quality Seafood and Najas, the cost of the crumbling infrastructure, sea level rise, existing harbor pollution caused by antiquated drainage systems and the current Lagoon operation, and many other factors.

“Reducing the size of the project is certainly possible, but at what cost to any or all of the factors listed above?” Bruning continued with a rhetorical question. “We have designed a world-class project that maximizes the return to the residents of Redondo Beach, and my hope is that any proposed changes to our project will have an honest review in terms of lost opportunity for both the community and the project.”