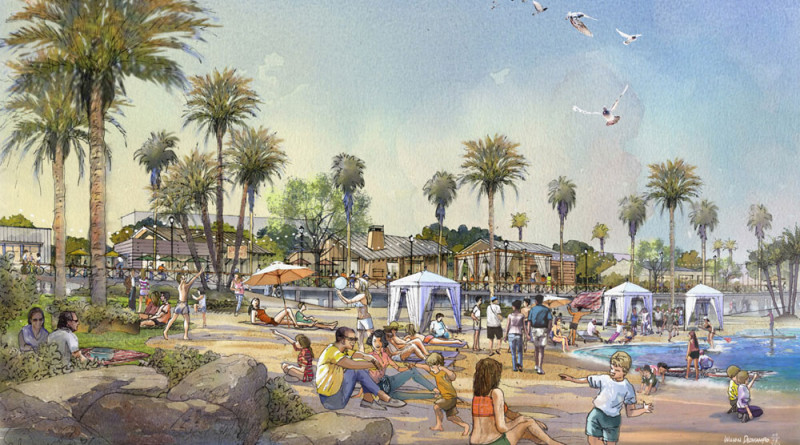 REDONDO BEACH — King Harbor boaters might have to deal with larger crowds the second they step onto land if Redondo Beach’s planned waterfront revitalization is realized.

A plan for a new pier, upgraded Seaside Lagoon, public boardwalk and open park space is in the works at Redondo Beach Harbor. Other elements of the plan call for a hotel, cinema, restaurant, retail shops and coastal access for cyclists and pedestrians, according to CenterCal Properties, the developer spearheading the waterfront revitalization.

Specific plans could become apparent within the next few weeks as CenterCal Properties plans to present its Environmental Impact Report (EIR) to Redondo Beach’s Harbor Commission in October.

The EIR presentation is merely the beginning of the process. The public is expected to provide input on the EIR and Harbor Commissioners could make several recommendations. Whatever plans are presented to the Harbor Commission in October could dramatically change in the months to follow.

About 36 acres of land and water could be revitalized under CenterCal’s plan. City staff stated the revitalized waterfront would expand visitor-serving business, enhance recreational opportunities and improve aging infrastructure.

Redondo Beach’s website states the revitalization project would be “designed as a new waterfront village to reconnect the pier and harbor area with resident and visitor serving uses.”

The harbor’s boat hoists could be replaced with a boat launch ramp near Seaside Lagoon, according to one version of the plans published by city staff.

“The last major revitalization of the pier and waterfront was in the 1970s. The characteristics (e.g., design, layout, and functionality) of many properties within the ocean-side area still reflect that time period of over 30 years ago,” city staff stated in an initial study of the proposed revitalization. “Although a number of buildings have since been constructed or modernized, many properties are aging and in need of renovation or reconstruction, including the pier parking structure which likely has only five to 10 years of service life remaining.”

Most of Redondo Beach’s pier was destroyed by a storm and fire in 1988.

“The damaged portions of the pier were subsequently reconstructed; however, patronage patterns to the pier and waterfront were significantly interrupted and have yet to fully recover,” city staff added in the initial revitalization study, which was published in 2014.

A few new elements were added to the waterfront area in recent years, including a remodel of Redondo Landing, the opening of Shade Hotel and new visitor mooring slips.

CenterCal applied to be the revitalization’s developer in August 2014 and predicted the expanded waterfront would create about 2,500 jobs, bolster the local economy and create $3.25 million annually in sustainable economic growth.