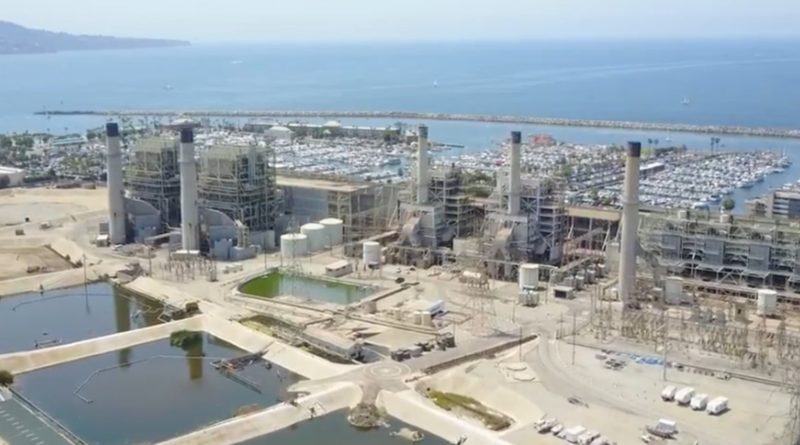 REDONDO BEACH—A long-anticipated purchase of property near Redondo Beach’s King Harbor was finally completed, it was announced in early April – but the transfer of a 51-acre power plant from AES to a private real estate developer is far from being in focus.

The purchase price was not disclosed.

All we know, for now, is Leo Pustilnikov is the real estate developer who known owns the former AES Power Plant in Redondo Beach. Pustilnikov’s name had been associated with the AES Power Plant lot for quite some time, though details of whether he would actually own the property – and what he would do with it once acquired – were never clear.

Early signs hint at Pustilnikov converting the former industry-use site into a commercial property. Will those plans include some mix of residential, visitor-service, office and retail uses? Time will tell whether any of these plans – or others – will come to fruition.

About half of the property – 25 acres – would be used for open space, including an area reserved for coastal wetlands. Redondo Beach reportedly has an option to purchase up to 15 acres of the former power plant site. The option is contingent upon the site being used as a power plant through the end of 2023. (The property must no longer be used as a power plant after Dec. 31, 2023, however.)

A sale of the AES property in Redondo Beach has been in the works since 2018. Los Angeles County officials hoped to do its part to see the power plant converted into a regional park. The county’s Board of Supervisors, in late 2019, considered raising $93 million to finance a purchase of the AES property in Redondo Beach. The funding would have paid for the removal of an underground power line and ultimately tear down the above-ground structures, all to make way for a public park.

Funding would have come from a financing district created specifically for the power plant property, with property tax revenues filling its coffers, according to news reports.

The AES Corporation, which owned the power plant property prior to the sale to Pustilnikov, is an international power company based in Virginia. AES positions itself as a company offering sustainable energy. The company was founded in 1981.

The power plant itself was originally built in 1954. AES did not enter the picture until 1998, when the energy company purchased the property across from King Harbor; the company also bought similar plants in Huntington Beach and Long Beach.