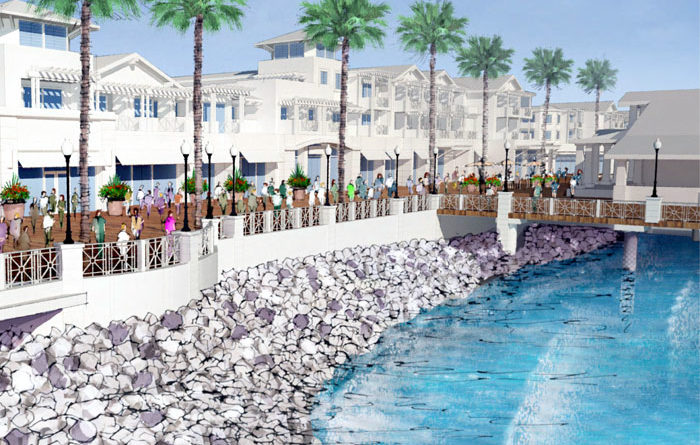 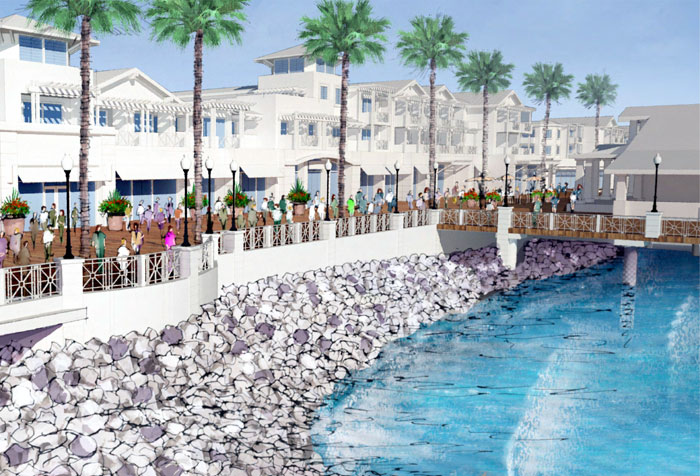 REDONDO BEACH — A long-discussed waterfront revitalization project to breathe life back into the harbor area is inching closer to becoming reality, with the Redondo Beach City Council’s decision to call for an environmental impact report (EIR) for the site.

In a 3-2 vote during a city council meeting in July, councilmembers approved the environmental review, and approved continuing an exclusive negotiating agreement with CenterCal Properties to proceed with the project.

The decision came after more than two hours of public testimony from those for and against the revitalization plans.

Several speakers were concerned about a roadway proposed for the project, the theater and parking structures. “The growth is my worst nightmare,” said Barbara Epstien, a local resident. “We had a vision of something magical, but I don’t see it in this plan.”     Councilman Bill Brand and Councilman Steve Sammarco also had concerns with the design and the feasibility of the project. They cast the two “no” votes.

CenterCal hosted several community meetings to offer the community a forum to share their vision of the harbor. Staff then took those suggestions into consideration and incorporated specific elements into the plan, designed to revitalize about 15 acres of waterfront.

The EIR is expected to take a year to complete.

As proposed, the project would bring a boutique hotel, a luxury theater, a market similar to Pike’s Place market in Seattle, and restaurants to the waterfront. A boat launch ramp is included in the project, which would replace the hoist that has long-served vessels in the harbor. CenterCal representatives are in discussion with Joe’s Crab Shack to relocate the restaurant and construct the ramp on the restaurant’s former parcel.

“We are very happy with all the recreational boating stuff in the plan,” said Mark Hansen, with the King Harbor Boater Advisory Panel. “We are also very excited about opening Seaside Lagoon. All paddleboard and sea kayak businesses will have a ball down there – and, of course, it will let them (paddleboarders) learn to stand up before they come into the channel.”

The idea to repurpose Seaside Lagoon as a natural estuary, as a way to create a more environmentally friendly body of water, was applauded by many in the council chambers. The opening of the lagoon will provide direct access to the ocean.

“We will be using the existing structure, but open it up,” said Fred Bruning, CEO of CenterCal. “We would be able to have concerts and make it more available and more attractive to the community.”The $300 million project will be divided into three phases and include improvements to boating facilities, street scapes and parks; and renovation of the pier, the landing’s façade and the creation of a new hotel.