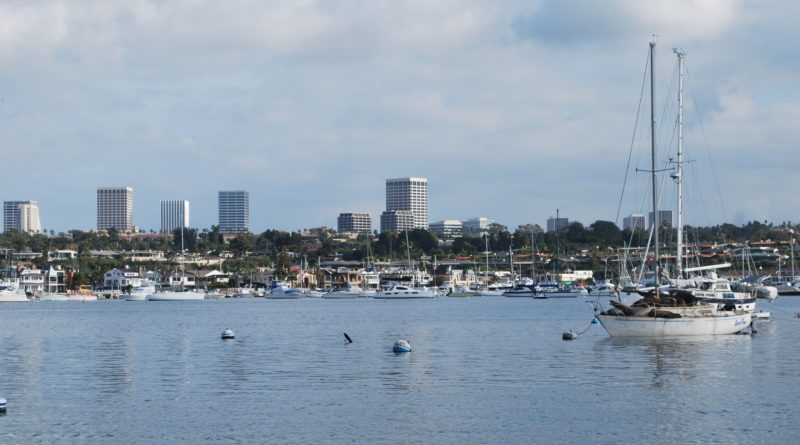 Recreational boats in Newport Bay have been blamed for a high rate of copper pollution. A planned public hearing on imposing copper regulations in local waters, however, has been postponed. (Parimal M. Rohit photo)

The Santa Ana Regional Water Quality Control Board planned to make a decision on the “Basin Plan” update this month, but delayed the vote in response to concerns raised by boaters and marine industry leaders. Recreational boaters were blamed for a significant portion of the copper sediment found in Newport Beach Harbor’s waters.

State water officials have been seeking to update the waterway’s TMDL plan to address various sediments found in the water, such as copper, zinc, mercury, arsenic and chromium. TMDL plans are implemented to reduce the presence of such sediments in the water by mandating a city or county to prevent the discharge of toxic substances. Such substances are generally considered to be harmful to human health or adverse to beneficial water uses.

TMDL amendments for Newport Bay’s watershed were recently proposed, with the State Water Board planning to weigh in on the possible changes.

“The public hearing has been cancelled to allow time for staff to further engage with stakeholders and the public regarding the proposed Basin Plan amendments. A new date for the Public Hearing has not been set at this time. Further notification will be provided when the Public Hearing is rescheduled,” regional water board staff said in a released statement to the Recreational Boaters of California, or RBOC.

Newport Bay has been subject to TMDL regulations since 1998. Algae bloom events, however, have occurred in the bay due to excessive nutrients flowing into the waterway. State Water Board officials have been pursuing updates to Newport Bay’s TMDL plan since 2015, specifically claiming the harbor’s waters have excessively high rates of copper levels. Irregularly high levels of copper were specifically found at Newport Beach Harbor’s Turning Basin and marinas, according to the State Water Board, causing the regional agency to target recreational boaters as the source of the problem.

The plan proposed in 2015 sought to reduce copper levels by 83 percent, within a 15-year period, in areas frequented by anglers and boaters.

Newport Beach city staff and State Water Board officials have been at odds ever since, with both sides failing to agree on the amount of copper actually discharged into harbor waters. The regional agency claimed Newport Bay’s waters had copper levels nearly six times higher than the allowable limit. City officials pushed back, stating the State Water Board’s numbers were based on inaccurate data (such as miscounting the number of boats on the water).

The proposed TMDL plan has also received pushback from RBOC, with the boating advocacy group claiming – among many issues – the State Water Board’s proposed plan “imposes unfunded state mandates” and includes information showing the waters of Newport Beach Harbor and Bay might not actually have a copper pollution problem.