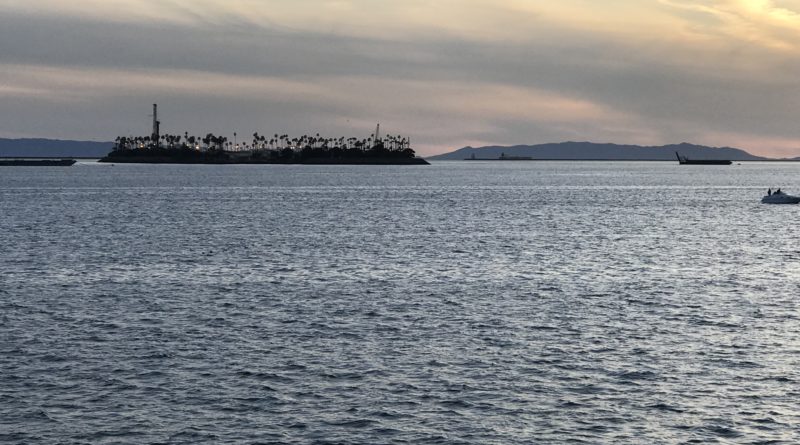 LONG BEACH — Policymakers and legislators in Sacramento have engaged in a Cold War with Pres. Donald J. Trump over the future of offshore drilling in federal waters off the California coast, all while the city of Long Beach quietly received and filed a report on potential elevation changes associated with oil and gas activities at local fields and surrounding waterways.

The Naples Island area, according to the report, experienced a slight elevation loss – 0.7 inches – during the second half of the same test period.

City staff added the harbor district was mostly stable during the studied year, though a few areas experienced an elevation increase of 1.3 inches between November 2016 and October 2017.

Construction of the Gerald Desmond Bridge – which hovers over the harbor’s gateway to the ocean – was partly credited for the elevation gain. Last year’s rainy season was also partially responsible, according to city staff.

“The increase may have been due to increased water injection in the area. Cessation of dewatering activities associated with construction of the new Gerald Desmond Bridge and a wetter-than-normal rain season may have also impacted elevations locally,” city staff stated in a letter to council members. “Waterflood requirements will be reviewed and adjusted as necessary to ensure there is no over-pressurization in the oil-producing zones.”

Long Beach’s Gas and Oil Department studies elevation changes on a regular basis. Areas where recreational boaters commonly navigate or dock are generally within some of the areas studied.

Elevations changes – whether upward or downward – are usually attributed to a variety of events, according to city staff. Such events include climate change, drought and pressuring operations at oil fields.

Losses in elevation – also referred to as subsidence – has occurred in Long Beach and surrounding communities since at least 1929, city staff stated in its letter to city staff.

The region lost about 0.43 inches per year, on average, until 1939, but the Long Beach earthquake of 1933 and groundwater withdrawal from local aquifers contributed to the elevation shifts at the time. Oil operations at Wilmington contributed to later subsidence in the 1950s and 1960s.

Alamitos Bay and Naples experienced elevation losses prior to the development of nearby oil operations, but later rebounded in the mid- to late-1960s, thanks to water injection from the offshore Oil Islands.

City staff stated short-term elevation changes can be random and are often the result of several factors.

“Conclusions based upon short-term survey data should be viewed with caution. Short-term survey data are useful for possible early detection and confirmation of subsidence trends or relative elevation changes, but should not be accepted without consideration of the [other] factors,” city staff stated in its letter to council members. “Annual survey data tend to average these fluctuations and depict a more dependable picture of the relative movements of benchmarks.”