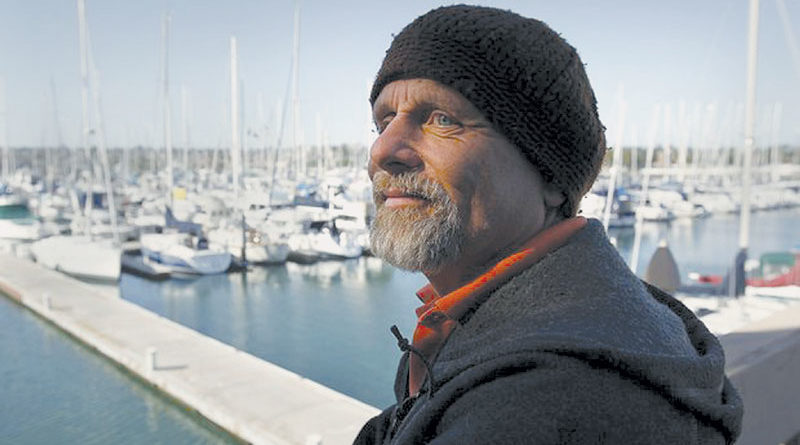 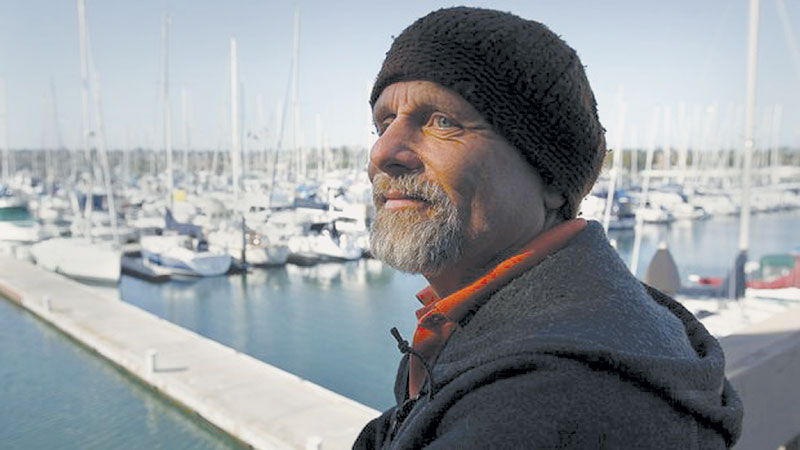 SAN DIEGO — A long-range cruise that was planned as an inspirational project ended in turmoil and dispute, when Dennis Howard’s round-the-world voyage was cut short on its first leg by a U.S. Coast Guard rescue Howard says he didn’t need. He was ordered to abandon his boat at sea, 60 miles off the coast of Baja California.

Howard, a 62-year-old liveaboard, began his cruise Nov. 1 aboard his 24-foot Pacific Seacraft Flicka sailboat Avalo, sailing from San Diego south toward Puerto Vallarta. Legally blind, Howard has learned to operate a sailboat single-handed with only 10 percent of his vision remaining. However, he spent much of the past 30 years at sea prior to his sight loss.

“I saw the trip as an opportunity to inspire and support those who, like myself, had a physical disability,” Howard said. Over the past two years, Howard had been gaining the support of local and national sailors for the cruise. He had planned a route across the Pacific and Indian oceans, around Africa’s Cape Peninsula and finishing in France.

The cruise was scheduled to take more than two years to complete. But three days into the voyage, Howard encountered a “significant gale” off Mexico’s Pacific Coast that resulted in the failure of the boom’s gooseneck, crippling the mainsail and causing damage to the boat’s electric outboard motor. He set a sea anchor, keeping the vessel bow-first to the wind, as another smaller storm was building.

Howard said that near the end of the first storm, after 30 hours at the tiller, steering the boat, he called friends to alert them to his new position: 100 miles south and 60 miles seaward from his last reported position.

“I unfortunately told a message machine that it was an emergency that I talk to them — a poor choice of language,” Howard said. Howard added that he never indicated that he was in any kind of “mayday” situation.

“Had that been the case, I obviously would have activated my ACR EPIRB, called 911 on my satellite phone and/or broadcast a mayday via my VHF and Ham radios. I did none of these things,” Howard said.

Friends relayed the “emergency” message they received from Howard to the Coast Guard. Air and sea crews were sent out to Avalo’s position.

The Coast Guard’s C-130 Hercules aircraft was able to locate Howard on Nov. 5, and it remained on scene until the Coast Guard Cutter Mellon, a 378-foot high-endurance cutter, arrived that afternoon.

A Coast Guard Rescue and Assist crew aboard a rigid inflatable boat (RIB) was sent out from the cutter to board Avalo and determine the situation on board.

From this point, the Coast Guard and Howard disagree about what occurred.

Howard claims that he was unaware that the Coast Guard’s boarding had anything to do with a seaworthiness check or a rescue attempt. Howard said he assumed it was a safety or documentation evaluation. But suddenly, the coxswain of the RIB crew told Howard he had five minutes to get off the boat.

“I was shocked,” Howard said. “I had no idea that anyone was evaluating the situation this way, much less that this was the outcome.”

He was allowed to grab three bags before being removed from his boat.

Howard contends that while the boat had sustained damage, Avalo was still seaworthy, with a completely dry bilge and the majority of its sail inventory still intact.

“She had a roller-furled 150 Genoa bent on that had been refurbished before departure,” Howard said. “She also had the option of being rowed by 12-foot rebuilt Massachusetts oars, which represented her secondary means of locomotion.”

Howard said he believes the officers did not properly check the seaworthiness of the vessel and never inspected the bilges.

After being involuntarily removed from Avalo, Howard was placed aboard the cutter and returned to San Diego, with his boat left at sea. “I suffered the loss of my boat and all of my possessions, and I was unnecessarily separated from my medicine that is critical to the retention of my sight,” Howard said.

The ordeal led Howard to file a claim against the Coast Guard. He hopes to get compensation for $150,000 in losses he said he suffered, and to have the Coast Guard reprimanded for the tactics used in the rescue.

“I think their intentions started out well, but through lack of training and respect for the citizen involved, went terribly wrong,” Howard said. “That they searched for me is understandable; that they forced me from a documentably seaworthy boat is not.”

Through the developments, Coast Guard officials have maintained that in a rescue situation, their first priority is the safety of individuals, not the safety of property.

“When rescuers from the Coast Guard Cutter Mellon reached the scene, they found that the man had sustained a head injury, and rough weather conditions were reaching the operating limits of the cutter’s rescue boat,” said Don Dewell, spokesman for the Coast Guard’s District 11 headquarters in Alameda. “It’s a decision process, and when you have to decide whether or not to take somebody off of their boat, that process starts the moment you get there.”

With the 8- to 10-foot swell continuing to rise, according to the Coast Guard’s report on the incident, the rescue team’s leader found Howard unwilling to leave Avalo and wanting to ride out the next storm.

“The commanding officer of the cutter determined that a life-threatening emergency existed and immediate evacuation of the vessel was necessary,” Dewell said. “We understand that it is difficult for a sailor to leave his vessel, and this is not a decision that is made lightly, but we’re glad this gentleman is safely ashore.”

While the rescue has brought Howard back to San Diego without a boat, he has not given up hope of completing his round-the-world cruise, despite the obstacles.

“Admittedly, the ignominious interruption, if not end, of the project is unfortunate to say the least,” Howard said. “But I have yet to give up. This intrusion by the Coast Guard, if I can surmount it and restart, might prove to be only a further demonstration of resolve to not let adversity conquer.”