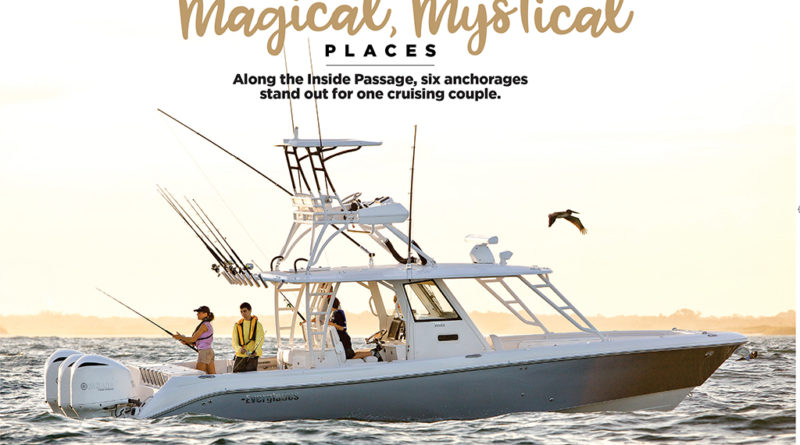 West Coast boating publication will be published again under the Duncan McIntosh banner.

FOUNTAIN VALLEY—Quite a few moonrises have come and went since I was last writing in this space about the future of boating journalism. It was just after Thanksgiving of 2019 and we lost Boating World and Sea magazines.

Christmas, New Year’s Day and a few other holidays have since come and went – all the while, two boating-themed publication hung out in the ether, awaiting revival by a prospective buyer. You might have remembered the editorial I wrote in the Dec. 13, 2019 issue of The Log, where I basically gave a eulogy for Boating World and Sea.

At least one of those publications – Sea – is coming back from the dead. Sea Magazine will remain under the Duncan McIntosh Co. banner and make its return with an April/May publication. The magazine has served as the voice of boating trends in the western United States for more than 111 years.

What Sea Mag will look like in its rebirth isn’t 100 percent clear, yet. Time will be needed to re-acclimate the magazine to its readership, advertisers, freelancers, editorial team and other interactive connections. All we know so far is Sea will have an April/May issue. The table is being set for Sea Mag’s June/July issue to be published. What that table looks like – and the items to be placed on said table – are yet to be determined.

Bottom line is this: Sea Magazine is making a comeback, and we hope it’s not a one-hit wonder – like Mark Morrison’s “Return of the Mack.” (What was Mark returning from, anyway?)

The good news is West Coast boating has one of its loudest voices on the stage again (for now). Obviously we’re hopeful Sea 2.0 will last another 111 years (or longer). In an era where newspapers and magazines are constantly folding or merging, it’s nice to see Sea make its comeback (a real one, unlike Mark Morrison).

Details are still being ironed out – such as Sea 2.0’s editorial team and the content the new staff would pursue. Boating World won’t be back, for now. Will Sea Mag incorporate elements of Boating World into its pages? How frequently would Sea be published? These questions – and more – are valid, and should be asked (and answered).

But it’s a breath of fresh air for The Log to have one of its sister publications be brought back to life, about four months after Sea Mag was a faint beep or two away from flat lining. The April/May issue will be 74 pages in length and feature stories on composites, the Greenline 39, World Cat 400DC-X, Lexus Luxury and more.

We do ask you be patient with us as we fine-tune, polish and put the finishing touches on Sea Magazine. Versions 2.1, 2.2 and beyond might be required, but rest assured we are taking the return of Sea Mag seriously. The Log will continue to be your go-to publication for SoCal and regional boating news, while Sea is about to re-discover its place West Coast outlet for boat trends.

Feel free to email us if you have any suggestions, comments or concerns. I will be happy to field those emails – I can be found at parimal@thelog.com.

Looking forward to the next generation of Sea Magazine articles. We hope you’ll be along for the ride!

One thought on “Return of the Mag … Sea Mag”