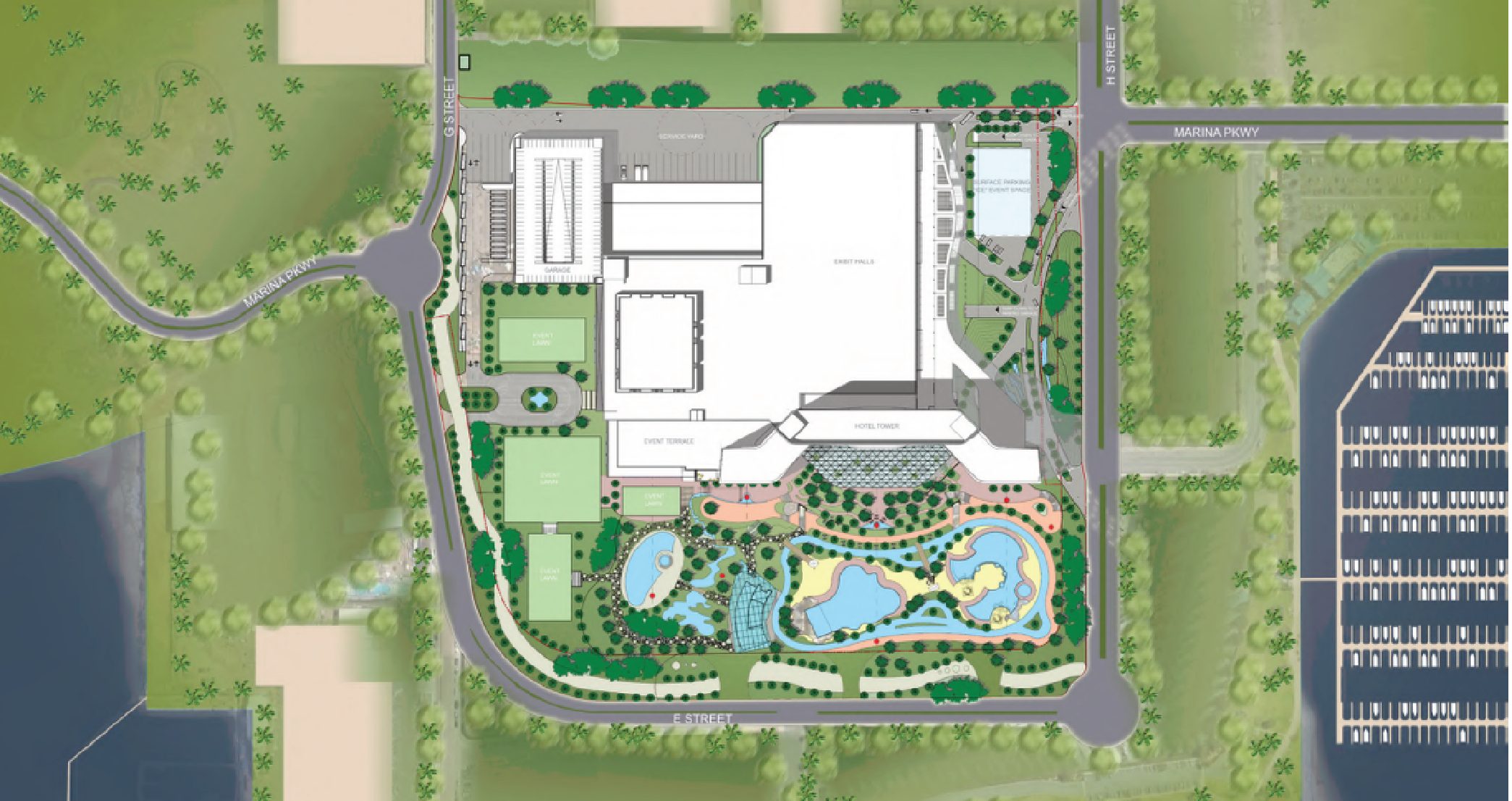 Port of San Diego and city of Chula Vista enter into a non-binding letter of intent to move revitalization forward.

SAN DIEGO — The slow churn that is governmental bureaucracy finally yielded some results on the final day of spring 2017 as the Port of San Diego and Chula Vista City Council entered into a non-binding letter of intent to bring a planned revitalization of massive waterfront in south San Diego County to life.

San Diego’s unified port district and Chula Vista both signed off on the non-binding letter of intent, which outlines economic terms for the Chula Vista Bayfront project, on June 20. If realized in its current iteration the redevelopment project could cost almost $1 billion.

Chula Vista’s council members joined port district commissioners on the dais during a June 20 joint meeting held at the Port of San Diego headquarters. Both agencies separately voted in favor of signing the non-binding letter of intent.

The public-private partnership would also bring RIDA Development Corp. into the fold; the development company would oversee construction of a 500,000-square-foot convention center and hotel project adjacent to Chula Vista Harbor’s two marinas.

RIDA is reportedly in talks with Gaylord Hotels to develop the anchor hotel property.

A joint effort to revitalize a waterfront in San Diego County’s second-largest city proved to be a “historic milestone in the transformation of the Chula Vista Bayfront,” Port of San Diego CEO Randa Coniglio said.

Port district staff stated the anticipated budget for the Bayfront project is $969.3 million – with RIDA contributing $688 million; Chula Vista and the port district are expected to provide $281.3 million in overall funding.

“We have to be patient and see this project blossom, and see it blossom not only for the hotel and convention center, but the catalyst for all the other businesses that will be here, the investors that would come to the South Bay to create even more jobs for our community,” Salas said. “This is really going to change the face of Chula Vista and the South Bay.”

The port district had negotiated details of the Bayfront project with RIDA for about two years. Port district staff said, in a report to commissioners, the non-binding letter of intent was “an important interim step … for development of the resort hotel and convention center.”

“This is a landmark deal,” Commissioner Marshall Merrifield said. “It’s the largest public-partnership ever done in San Diego County. We have converted an industrial site, where a power plant and a substation was, into what would be [a] signature park, beautiful bayfront and a natural resources management plan.”

The planning process for Chula Vista Bayfront’s redevelopment was a thoughtful one, Ira Mitzner, CEO of RIDA, told commissioners and council members.

“I think you will see a very thoughtful project that not only is meant to be successful as a hotel, convention center, resort [and] conference center, but also is meant to anchor and embrace, for the citizens of Chula Vista [and] for the entire region, a destination,” Mitzner said. “It’s going to make this region all the more competitive.”

Mitzner hinted a grand opening of the Chula Vista Bayfront could potentially take place within the next five years.