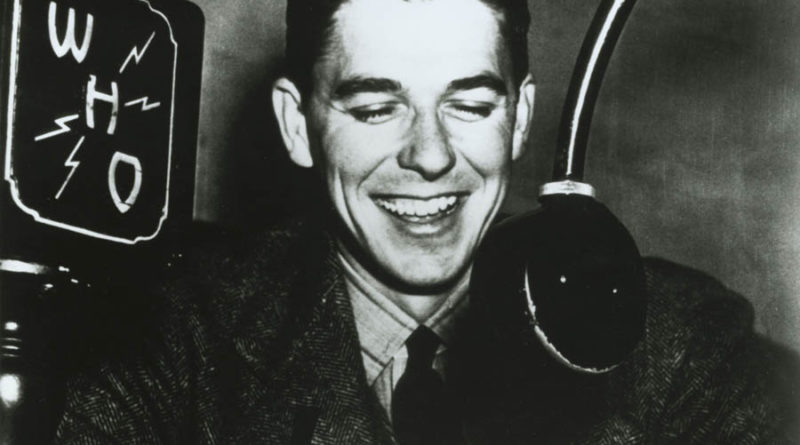 AVALON—When the Chicago Cubs won their first World Series in 2016, after a 108-year dry spell, Catalina Island’s Chimes Towers played “Take Me Out to the Ballgame” amid cheers. Spring training for the team took place on the island from 1921-1941 when World War II broke out and then from 1946-1951, which ties Catalina with the Cubs forever. Even in 2018, Wrigley Field announced the addition of the “Catalina Club” – fans weren’t exactly thrilled about the price hike, but it happened nonetheless. However, there’s another connection to a young sports announcer, who grew up in Illinois, and would eventually end up in the Oval Office.

Ronald Reagan, the 40th President of the United States, was a sports announcer between 1932 and 1937. He’s one of four United States presidents that have visited the island – Warren G. Harding would have been fifth, but he died a week before his trip. Reagan was hired as a sportscaster early in his career at the rate of $10 a game, eventually making $75 a week as an announcer at WOC, based out of Iowa. In the late twenties/early thirties, according to an inflation estimator, $10 would be equivalent of approximately $146 to $170 in 2019. During times teetering between The Great Depression and World War II, that would have been a small fortune considering this reporter’s great-grandfather made $1 a week as a railroad worker, laboring seven days a week, rain or shine.

By the time Reagan was announcing for the Cubs during spring training, he was making $200 a week. While working in California, this is when Reagan also lined up his debut film role as – of course – a radio announcer in the 1937 film “Love is on the Air.” If not for the Cubs and Catalina Island, just imagine – perhaps, Ronald Reagan would never have begun his career as an actor?