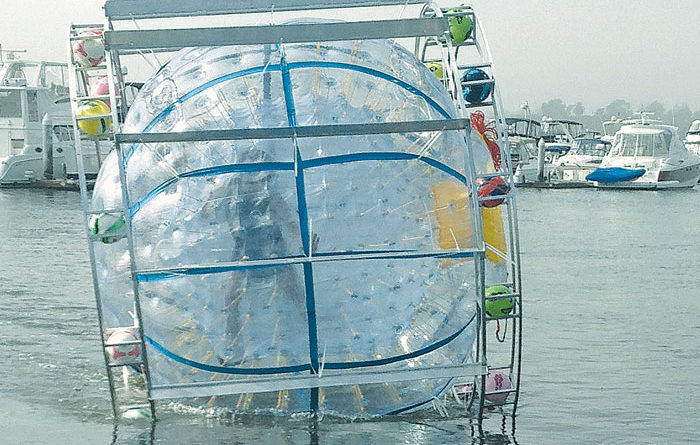 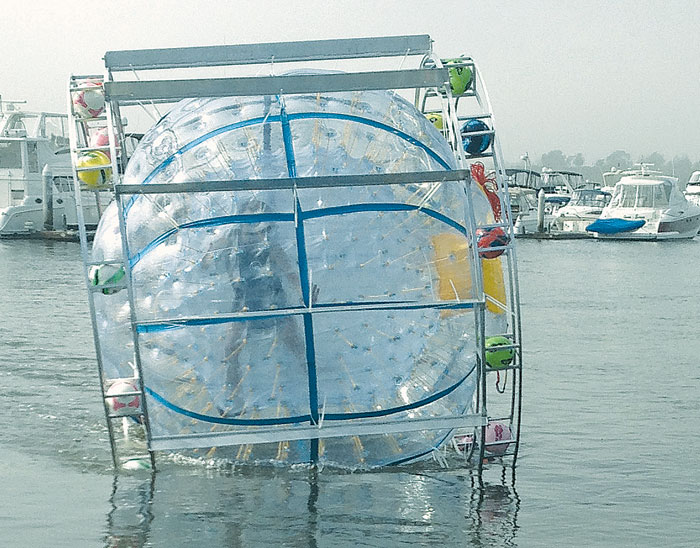 ORANGE COUNTY — Reza Baluchi, an Orange County resident who has set his sights on running across the Catalina Channel in a giant plastic bubble called a “zorb,” is asking the public to help him accomplish his goal.

This will be Baluchi’s second attempt to cross the channel. His first try came to an abrupt stop April 12, after four hours into the trip from Redondo Beach to Catalina Island. The breathing system designed to stream fresh air into the bubble failed.

Baluchi is seeking sponsors to help fund mechanical upgrades on the breathing system, pay for a new zorb and fund the trip.             “We are still looking for donations,” said Susan Queen, a spokeswoman for Baluchi. “The trip is on hold right now. Anything will help.”

Queen estimates the upgrades to the bubble’s rudder system, a zorb ball with multiple openings rather than one, support and camera crew, and fuel for the support boat will run approximately $10,000. Donations to the trip can be made at plantunity.com.

On his initial trip, Baluchi engineered the zorb ball’s mask to feed him fresh air as he moved across the water, with his body movement. However, that motion caused the air line to cut off the air supply to him inside the ball.

Baluchi’s run to and from the island is designed to support his nonprofit organization — Plant Unity — and its mission to raise awareness for world peace and to create educational opportunities for children around the world. He also has aspirations to run to the Hawaiian Islands to raise money for City2 Sea.